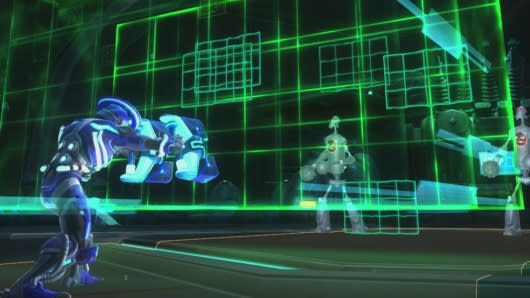 WildStar's upcoming Drop 4 is now on the public test realm, and despite Carbine's reluctance to post patch notes, the news on the street is that this content update will be a doozy.

Among the changes and additions coming to next year's Drop 4 are new costumes for all of the races, more daily and weekly quests, an underground bunker housing option, the ability to see different armor models at character creation, a character customization vendor, loads of class changes, and a low-level shiphand mission called Fragment Zero.

Datascape, the former 40-player raid that is now being retooled as a 20-player instance, is also on the test server for those with 19 good friends.
Source: Forum #1, Forum #2, Costumes, Imgur #1, Imgur #2, Imgur #3, Imgur #4, WildStar Fans
Coverage: WildStar
In this article: carbine, carbine-studios, datascape, drop, drop-4, ncsoft, patch, patch-preview, preview, raid, sandpark, sci-fantasy, sci-fi, test-server, update, wildstar, ws
All products recommended by Engadget are selected by our editorial team, independent of our parent company. Some of our stories include affiliate links. If you buy something through one of these links, we may earn an affiliate commission.