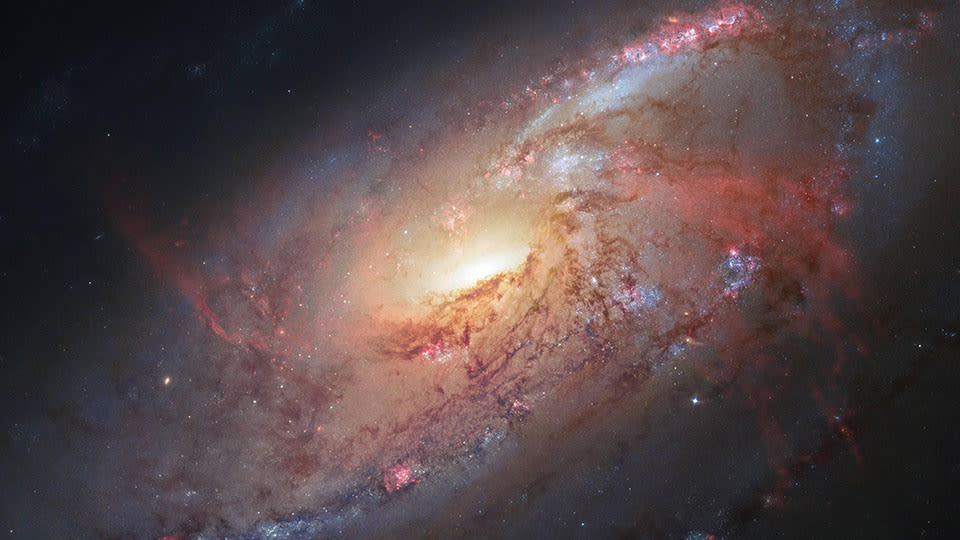 Scientists may finally have an answer to the question of why fewer stars than expected form out of interstellar material. So far, the best simulations have predicted that nearly all the matter in vast clouds of interstellar gases would eventually cool and become stars. However, only a small percentage actually does, so an international team led by CalTech has tried to create a more accurate model. They turned to a machine tailor-made for such simulations: the NSF-funded Stampede supercomputer. It turns out that star formation isn't just a local phenomenon; it's also affected by supernova explosions, radiation, stellar gases and even starlight.

The researchers produced a new model by simulating stars and supernovae on a scale just a few light-years across. Then they built the model up into a complete simulation of a galaxy including "physics we thought had been missing from the previous models," according to CalTech professor Philip Hopkins. When run across Stampede's thousands of CPUs they were able to create the simulation faster than expected, and found "it actually looked like a real galaxy" with only a small percentage of the material turning into stars, unlike past models.

The promising results could help astronomers better understand the physics behind galaxy and star formation, and now the team wants to push it up a notch. "We want to explore the odd balls, the galaxies ... that have unusual properties," Hopkins said. Strangest of all, that includes those with supermassive black holes at the center. Check the video below to see how the simulation looks in the visual light spectrum.

Via: Space Daily
Source: Texas Advanced Computing Center
In this article: black hole, galaxies, hydrogen gas, star formation, stars
All products recommended by Engadget are selected by our editorial team, independent of our parent company. Some of our stories include affiliate links. If you buy something through one of these links, we may earn an affiliate commission.