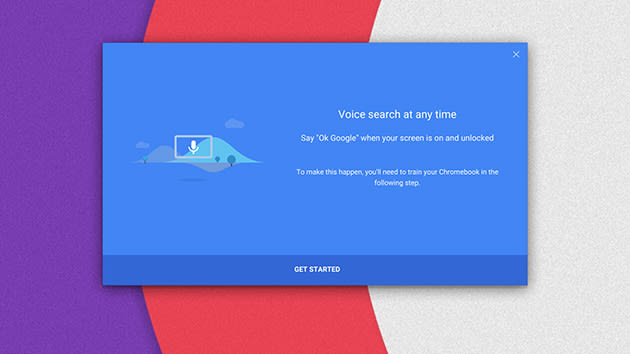 Google is ready to up the level of Chromebook voice control, judging by a new, experimental release. According to François Beaufort, you can now say "OK, Google" to activate voice search on your Chrome OS notebook anytime the screen is on and unlocked. That always-on functionality has been available for a while now on Android phones and tablets, but until now, Chromebook users had to first open the app launcher or a new tab in Chrome. As it's still in the experimental stages, you must be running on the dev channel and enable the relevant flags, as shown in the source. Following a short voice training session, you'll be ready to start barking commands.

Source: François Beaufort (G+)
In this article: chromebook, ChromeOs, google, Ok Google, VoiceCommands, VoiceControl
All products recommended by Engadget are selected by our editorial team, independent of our parent company. Some of our stories include affiliate links. If you buy something through one of these links, we may earn an affiliate commission.