How much would you pay for a smart, safe home power outlet? 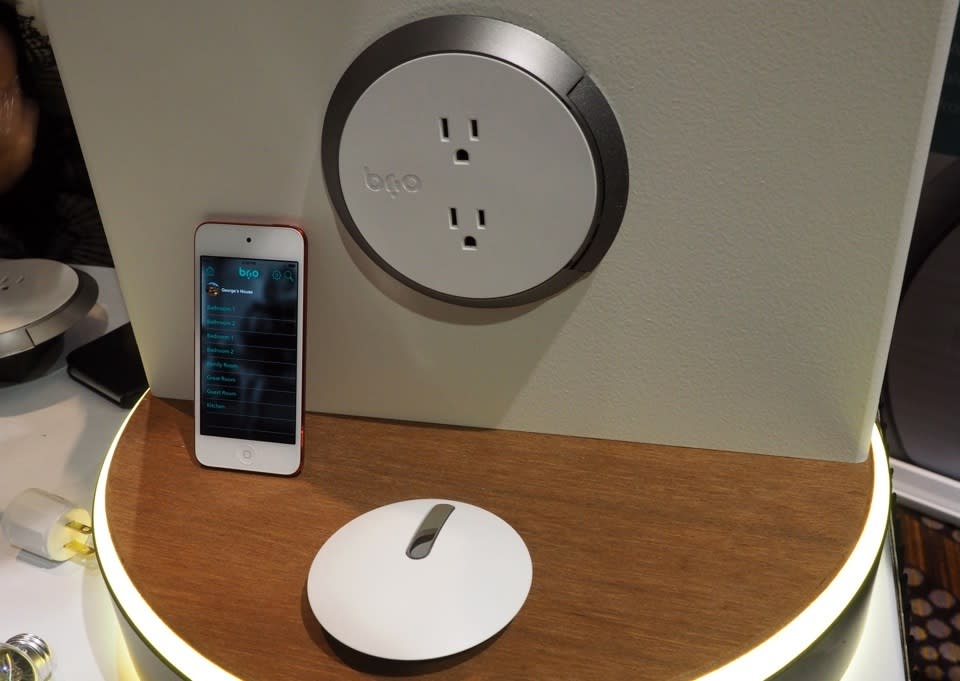 That is indeed the question, especially considering how inexpensive a standard, non-smart, non-"safe" power outlet is. This nice one from Home Depot costs under $10! What the outlet from Home Depot won't do for you, however, is tell you via smartphone app if it's being used, or which outlets in your house are being used. And it certainly won't kill the power when you're not using it; power outlets, sadly, may be constantly drawing power. If you've got anything plugged in to your standard outlet, even if it's not on, it might still be drawing power. That's both extremely inefficient and a waste of money. There's a company at CES 2015 that's aiming to change that, but what should it charge? Should it even make a "smart" power outlet, or just focus on the "safe" angle? That's still up in the air, but what it's got so far is worth knowing about.

Its name is Brio -- maybe you've heard of it from the Kickstarter the company completed a few weeks back? That was just an effort to drive attention, as it's already getting funding from seed investors and has a product here to show. Like the company, it's called "Brio," and it comes in two flavors: safe and smart. Let's start with safe. What the hell does that even mean? The answer is thankfully simple: A "safe" outlet means there are optical sensors inside the outlet holes that can tell when something is plugged in. When nothing is plugged in, it doesn't push out any voltage. When something goes in, it picks up a small charge -- 24 volts or so -- which enables, say, a lightbulb to light or a phone to begin charging. Should your small child decide to stick a fork in said outlet, they're safe! Get it? Safe? Now it makes a bit more sense, right?

Okay, that out of the way, what about "smart"? Isn't it already kind of smart? Yes and no. Essentially, the "smart" version adds WiFi and additional sensors that work with a smartphone app to tell you if, say, your house is on fire (near the sensor), or there's a water leak (near the sensor). You can't actually use it to do much remotely -- it can't be used right now to turn off an outlet remotely, for instance -- but it will let you know if there's a problem. It'll also let you know who's using what outlets in your living space, if perhaps you're the kind of parent who militantly oversees home power usage.

There are still some issues, of course. First of all, the fact that there's no price. It needs one, and it needs to be pretty low to compete with traditional power outlets. Second -- and this is a biggie -- is ease of use. To set one of these up in your house requires a full outlet installation; that means outright removing an old outlet setup from the wall, wiring up Brio and screwing everything together. It's not quite as simple as competing tech from the likes of Belkin (which you just plug in to your existing wall outlet), and that is going to turn some people off. Honestly, it turns me off, but I'm pretty lazy. You're probably less lazy than I am.

Lastly, the current model has a Brio logo on it. Who wants to buy a product for their home that's got a logo on it? Especially something as basic as a power outlet. Brio (the company) is looking into interchangeable faceplates of course, but I'd like to think it'd ship the stock "safe" outlets without a logo.

All that said, Brio and its competition are on the bleeding edge of the next wave of home technology. The Nest smart thermostat was no anomaly, and products like Brio's safe and smart outlets are another logical step in smart homes. But first, of course, they'll need to figure out a price.

Update: Brio's smart outlet has a list price of $99 right now on Brio's website, though we were told by execs that pricing is still up in the air.

In this article: brio, briosafeoutlet, briosmartoutlet, ces, ces2015, power, poweroutlet, video
All products recommended by Engadget are selected by our editorial team, independent of our parent company. Some of our stories include affiliate links. If you buy something through one of these links, we may earn an affiliate commission.