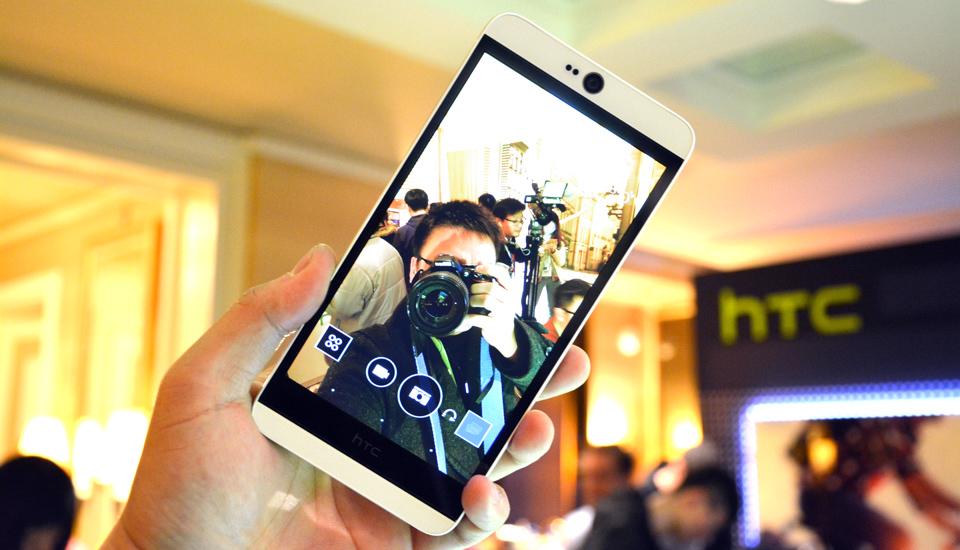 While CES isn't usually the kind of show that HTC would make a big deal out of, the company somehow decided to use this opportunity to throw out a new mid-range flagship device: the Desire 826. While it's positioned as a follow-up to the Desire 820 (which is only four months old, by the way), the new model has clearly taken a design cue from the Desire Eye: You get the same hidden BoomSound front-facing stereo speakers (now with Dolby Audio), the same anti-slip soft sides and the same overall look. But rather than using a 13-megapixel front-facing camera, the Desire 826 touts HTC's famed UltraPixel imager on the front, meaning you can take faster and brighter selfies even in poorly lit environments. Great idea, though we wish HTC had come up with this before someone else did it.

Underneath that 5.5-inch 1080p screen lies an octa-core Snapdragon 615 chipset (4 x 1.7GHz and 4 x 1GHz), 2GB of RAM, 16GB of internal storage, microSD expansion and a 2,600mAh battery. With the exception of select countries, you'll be able to insert two nano-SIM cards into the phone, and both slots support LTE to save you from checking. On the back, there's the usual 13-megapixel f/2.0 camera with a single-LED flash, so nothing too exciting.

The Desire 826 is expected to roll out across the world with Android Lollipop at the end of this month​, meaning it'll be able to take advantage of the chipset's 64-bit prowess. And if you want, HTC's made a dedicated Dot View case for said phone as well.

Admittedly, it's rather odd that HTC is pushing out a folllow-up model after just four months, but we may get used to that soon. CFO Chia-Lin Chang told us that from now on, the Desire 8 series will have two new models each year, though Chang also stressed that each region still gets a say on the product cycles of existing phones -- just like how the Desire 816 and the Desire 820 coexist in Hong Kong and Taiwan. As for the flagship devices, here's hoping that they will adopt the same UltraPixel front-facing camera and enhanced BoomSound speakers.

In this article: ces2015, desire 826, desire826, featured, features, hands-on, htc, mobilepostcross, phone, selfie, ultrapixel
All products recommended by Engadget are selected by our editorial team, independent of our parent company. Some of our stories include affiliate links. If you buy something through one of these links, we may earn an affiliate commission.