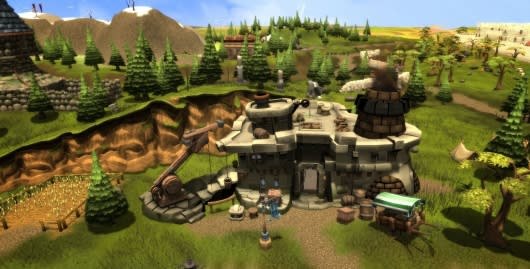 Charlie McCormick wasn't having a particularly good holiday season. For starters, he was a pizza delivery driver, which isn't a grand ball of fun at any point of the year. His mother had also recently passed away after a prolonged illness, meaning that even if he had somehow felt festive, there wasn't money to be festive with. At least, not until he made a delivery to Joey DeGrandis and was given a $1,230 tip for his service.

DeGrandis is an avid RuneScape streamer who wanted to do something nice for a deserving delivery driver, as he feels the job isn't particularly respected for its hard work. Over the course of an 18-hour streaming marathon, his viewers raised the money for McCormick's tip while DeGrandis played, with more donations coming in even after McCormick got his initial tip. Sure, it plays into the stereotype that MMO players all sit at home and eat delivered pizza constantly, but if that stereotype includes being exceptionally charitable tippers, we can probably live with it.
In this article: browser, browser-based, charity, classic-mmo, culture, f2p, fantasy, free-to-play, gaming-charity, jagex, jagex-games-studio, pizza, pizza-delivery, rs, runescape, sandbox, stream, streaming
All products recommended by Engadget are selected by our editorial team, independent of our parent company. Some of our stories include affiliate links. If you buy something through one of these links, we may earn an affiliate commission.