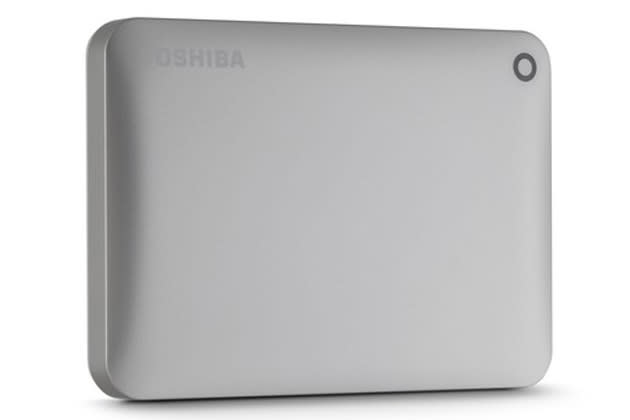 Portable hard drives don't hold nearly as much data as their desk-bound counterparts, but Toshiba is closing that gap in a big way. Both its simple Canvio Basics drives and sharing-friendly Canvio Connect II models (shown above) are some of the first (reasonably) portable drives to carry 3TB. That's obviously quite a bit more than the 2TB models you've seen before, and enough for you to stash your 4K videos on. They don't have any fancy new tricks in store, although that extra space could come in handy for the Connect II's PogoPlug-based remote access and bundled backup software. Mum's the word on pricing at the moment. With that said, it's safe to say the 3TB models will cost more than a similarly sized disk for your desktop.

In this article: 3tb, canvio, canviobasics, canvioconnect, canvioconnect2, ces, ces2015, externalharddrive, harddrive, hdd, storage, toshiba
All products recommended by Engadget are selected by our editorial team, independent of our parent company. Some of our stories include affiliate links. If you buy something through one of these links, we may earn an affiliate commission.