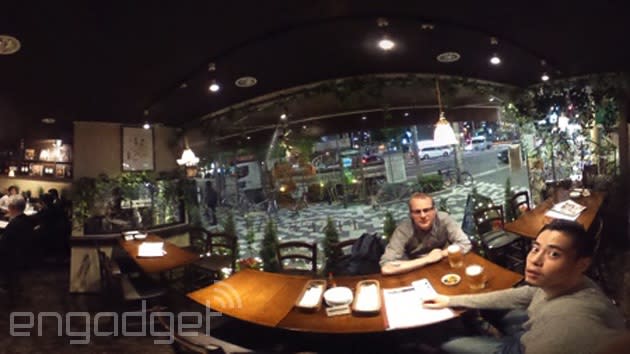 Did you recently grab a 360-degree camera like the Bublcam or Ricoh Theta? You'll have an easy way to show off your all-encompassing footage very shortly. A YouTube spokesperson has confirmed to both Engadget and Gizmodo that its service will be adding support for 360-degree videos in the "coming weeks." It's not clear what the technical limitations are, but the update will undoubtedly require a way to pan around those videos -- this isn't simply a matter of raising the ceiling on file sizes. However it works, you can expect to see a lot of immersive online cinema in the near future.

In this article: 360-degree, 360degree, google, hdpostcross, internet, streaming, youtube
All products recommended by Engadget are selected by our editorial team, independent of our parent company. Some of our stories include affiliate links. If you buy something through one of these links, we may earn an affiliate commission.