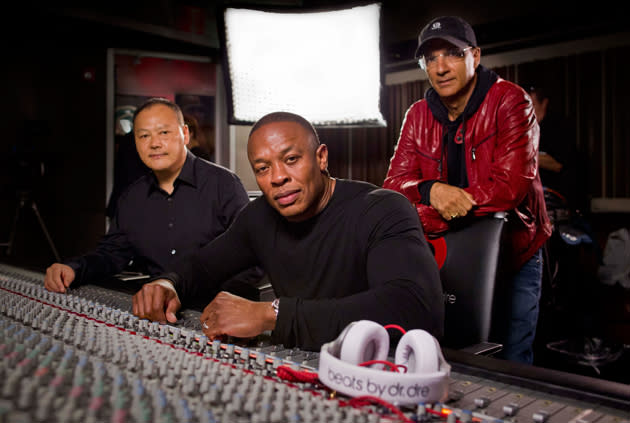 The rivalry between Beats and its former ally Monster just got particularly bitter. Monster is suing Beats, its founders (Dr. Dre and Jimmy Iovine) and HTC for allegedly tricking it into giving up one of its best-known headphone lineups. According to the lawsuit, Beats committed fraud when it acquired the Dr. Dre audio range through HTC's investment. It supposedly repurchased enough stock after the HTC deal that it could sever its ties with Monster due to an ownership clause, leaving the latter high and dry with no real warning. Monster also believes that its ex-partner was misleading when it claimed in September 2013 that there was no "liquidity event" (that is, a major transaction) coming within one to two years -- Apple's acquisition of Beats clearly involved a lot of money trading hands. If Monster chief Noel Lee had known that the Apple buyout was looming, the lawsuit reads, he wouldn't have reduced his stake in Beats and missed out on the resulting windfall.

Apple isn't commenting on the lawsuit. However, Monster could face an uphill battle in a case like this. It's not apparent that Beats did anything illegal by buying back its own stock and exercising a right in a contract. Moreover, while there were murmurs of Apple and Beats speaking to each other as early as March 2013, talk of an acquisition didn't percolate until May 2014. As such, it's entirely possible that Beats was unaware of Apple's takeover intentions several months earlier. Monster will have to show that there was malice involved if it wants to both triumph in court and avoid accusations that it's trying to profit from others' success -- no mean feat for a company whose reputation was partly built on questionable lawsuits.

In this article: apple, audio, beats, dr.dre, drdre, dre, hdpostcross, htc, jimmyiovine, lawsuit, mobilepostcross, monster
All products recommended by Engadget are selected by our editorial team, independent of our parent company. Some of our stories include affiliate links. If you buy something through one of these links, we may earn an affiliate commission.