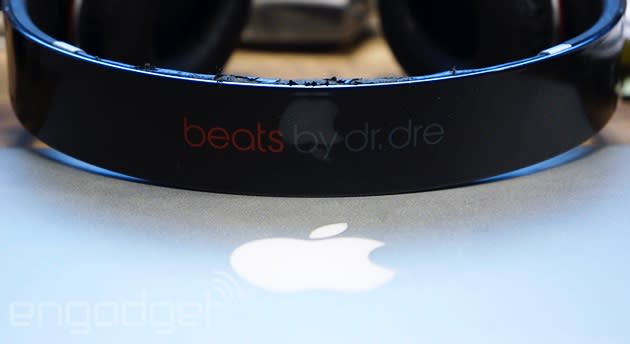 The days of Apple limiting itself to (relatively) small acquisitions may soon be over. The Financial Times hears from sources that the folks at 1 Infinite Loop are close to buying Beats Electronics for $3.2 billion. It's not clear exactly why the company would splurge on such a deal, although there are some strong incentives -- Beats Music could provide Apple with a streaming music platform more advanced than iTunes Radio, while Beats' audio hardware could complement existing iOS and Mac devices. Apple hasn't commented on the rumor, but the rumored deal could be official as early as next week -- we'll know the truth soon enough.

In this article: acquisition, apple, beats, beatsmusic, ios, itunes, mac, mobilepostcross, music, poll, wedgies
All products recommended by Engadget are selected by our editorial team, independent of our parent company. Some of our stories include affiliate links. If you buy something through one of these links, we may earn an affiliate commission.