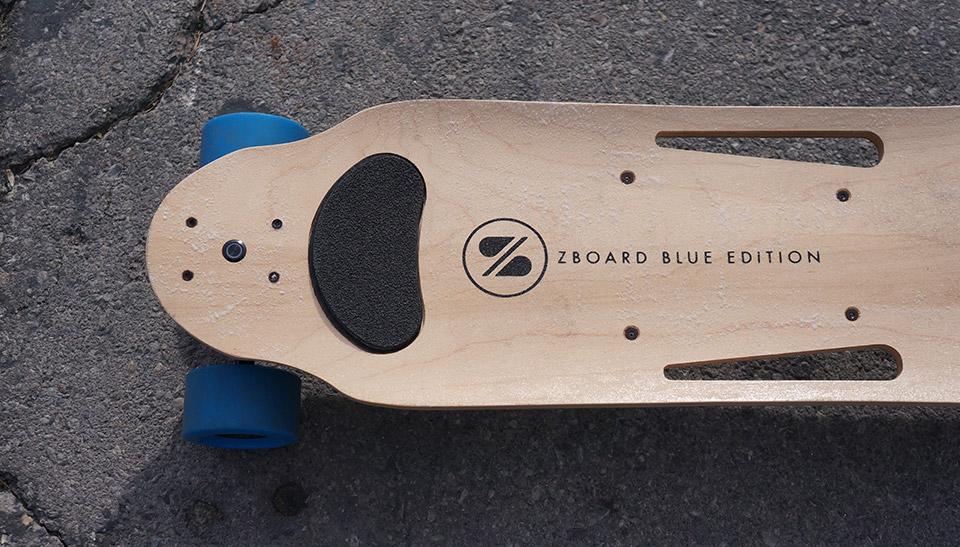 Has there ever been a product as paradoxical as an electric skateboard? After all, the price and concept can intimidate any amateur, and yet it's this group that would get the biggest benefit out of owning one. It's a tricky tightrope that companies like ZBoard have to walk, creating a product that has to satisfy the exacting needs of skateboarders and yet appeal to ordinary people who just want a slightly easier commute. Is it something that the ZBoard 2 succeeds at? Only time (and the following few hundred words) will tell. Before we get to that, however, let's go over the basics. 2012's ZBoard Classic was a hulkingly heavy electric skateboard that showed plenty of promise. It was a crowdfunding success story, and the last two years have seen both a "Pro" and "San Francisco" edition arrive, as well as a highly desirable limited edition Back To The Future deck. Now the company is launching a pair of second-generation boards that significantly reduce the weight, get a more efficient motor and boast a much longer range.

The first is the ZBoard 2 Blue, which can cover distances of up to 16 miles at a top speed of 20 miles per hour. If you've got a little more cash and a slightly longer commute, then you can pick up the Pearl edition with a range of 24 miles. Both units now come with built-in LED head and tail lights that can also flash, a visible power indicator and vastly improved footpads. Aside from the intimidation factor, the company also has to deal with the limited customer base. After all, it's only in locations like California, with a dry climate and a strong skating culture, that have embraced the electric deck. That's why the ZBoard 2's electronics are now waterproof, so people shouldn't be worried about taking them out when the weather's on the damp side. That said, the board isn't set up for really rough weather, but that should be common sense, right?

On the engineering side, there's a new brushless motor that reduces resistance and helps the board reach those long distances. Unfortunately, it's not so frictionless that you could push it along like a regular deck when your batteries have been depleted, but that's physics for you. Finally, the team has sorted the board's charging woes, and so while re-juicing the unit would have taken several hours, the ZBoard 2 will fast charge in around 90 minutes.

It's probably best, at this point, to say that I'm not a skateboardist, and that my only positive experience with skating was atop the first ZBoard. That's why I've roped in obsessive skater Jon Turi to explain how a pro feels when he assumes the position. To an unfit, graceless lump like me, the idea of a skateboard that'll somehow magically compensate for my lack of balance and athleticism is pure sci-fi. That said, the lighter, looser ZBoard 2 was a little harder to ride until the trucks had been tightened up, since it's a little more susceptible to wobbling. The wider footplates are easier to use, and rather than having to pick up your foot and stamp onto the pedals, you can now just pivot on your heel, giving you a more natural stance. The increased speed is a nice addition, although I'm not sure how many other rank amateurs fancy the idea of face-planting into the floor at 20 miles per hour.

If you're a bit more adept at cruising around on a skateboard than Mr. Cooper, you'll find this new model can take some relatively tight corners once you loosen up the trucks. Since you're higher off the ground than your average longboard setup, you get more turning flexibility. The larger, more sensitive pads also let you accelerate faster than before and free up your stance, letting you shift position a bit without losing speed. While the foot-based controls are something of an acquired taste, forward motion was a snap and, like Dan, I found that simply shifting my heel for deceleration and reverse was the most comfortable. The big selling point here for me is the massive distance you get on a single charge. You could potentially hit the road without packing a relatively bulky charging brick. As for speed, the model we tested was dialed down a touch for safety at CES (boo!), but seemed to pack a punch once we really got it moving.

Of course, ZBoard was one of crowdfunding's biggest success stories, so it's no surprise to see the company drawing from that same well again. This time, however, the company is using Indiegogo, where early birds can spend $899 on a ZBoard 2 Blue, while similarly well-organized people can get a Pearl Edition for $1,099. Both units will launch in June, and if you're still carrying a torch for the existing Classic, Pro or SF models, they'll still remain available -- at least for now.

Jon Turi and Edgar Alvarez contributed to this report.

In this article: ces, ces2014, ces2015, hands-on, video
All products recommended by Engadget are selected by our editorial team, independent of our parent company. Some of our stories include affiliate links. If you buy something through one of these links, we may earn an affiliate commission.