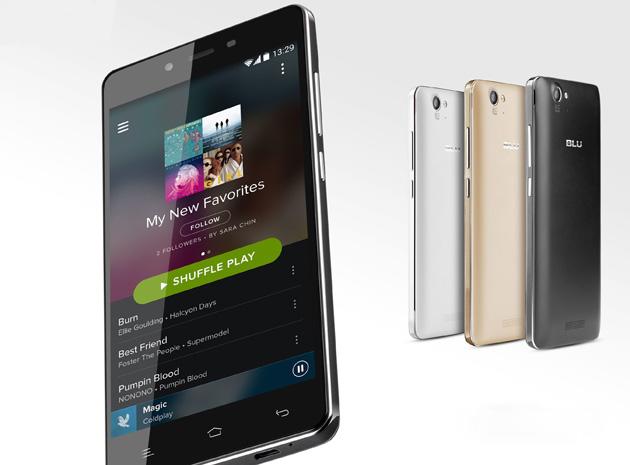 You might not need to swap batteries (or lean on an external battery pack) again. Blu Products has unveiled a deluge of Android smartphones at CES that includes the Studio Energy, a 5-inch device with a whopping 5,000mAh battery pack -- even the Droid Turbo's 3,900mAh looks modest by comparison. You can reportedly expect four days of "standard" use at a time, or enough to get through a long weekend without plugging in. The Energy will even charge up other devices, much like Huawei's Ascend Mate 7. Don't expect much more than longevity, however. That epic battery life is partly owed to the low-end 1.3GHz MediaTek processor and 720p screen -- and the HSPA+ data, 1GB of RAM, 8GB of storage, 8-megapixel rear camera and 2-megapixel front shooter won't impress others. Mind you, the Studio Energy will cost just $179 unlocked when it ships in late January. It might be a good backup phone to take with you on camping trips and other excursions where wall outlets are few and far between.

The other Blu releases aren't quite so attention-grabbing, but they do have their perks. The $199 Vivo Air (really, a rebadge of the Gionee Elife S5.1) is just 0.2 inch thick thanks to its 4.8-inch 720p Super AMOLED screen. Second-generation versions of the Life One and Life XL (five and 5.5 inches) pack 64-bit-ready Snapdragon 410 processors and US-friendly LTE at respective prices of $179 and $199. And if you're especially cost-conscious, the frill-free Studio G, Studio X and Studio X Plus will set you back $89, $129 and $149, respectively. All six of these cheap-but-cheerful handsets should be available before the month is over.

In this article: android, blu, bluproducts, ces, ces2015, lifeone, mobilepostcross, smartphone, studioenergy, studiog, studiox, studioxplus, vivoair
All products recommended by Engadget are selected by our editorial team, independent of our parent company. Some of our stories include affiliate links. If you buy something through one of these links, we may earn an affiliate commission.