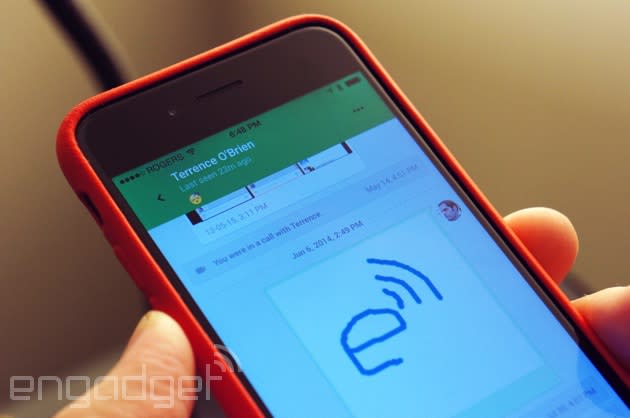 If you rely on your iPhone for Google Voice, Hangouts just became much, much more useful. As on Android, the messaging app's iOS version now shows your Google Voice texts and voicemail -- you won't have to switch apps just because you're embroiled in an online conversation. There are a few tangible upgrades even if you live well outside of Google Voice's service area, for that matter. You now get smart suggestions for sharing your location when it's relevant, and you can set status messages if you're eager to let everyone know what you're doing. All told, it's easily worth swinging by the App Store for an update.

In this article: chat, google, googlevoice, hangouts, ios, ipad, iphone, location, messaging, mobilepostcross, sms, texting, voicemail
All products recommended by Engadget are selected by our editorial team, independent of our parent company. Some of our stories include affiliate links. If you buy something through one of these links, we may earn an affiliate commission.