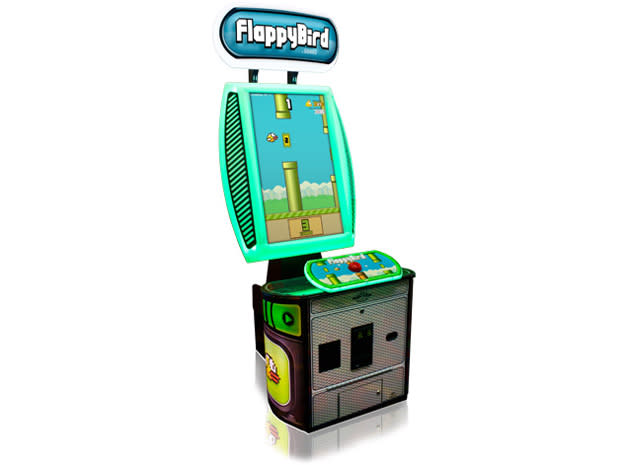 Think that Flappy Bird is already supremely aggravating to play? Try flying between those pipes when there's money on the line. Bay Tek Games has unveiled an arcade version of the game that promises to be the most masochistic cabinet ever... and we've seen quite a few. It's largely the same tough-to-control title you've come to know and love/hate, just blown up to the size of a 42-inch display. In other words, you'll likely spend more time feeding cash into this machine than you will mashing its one and only game button. We could see it being fun if you're an expert (or just need to get rid of a lot of money in a hurry), but you're probably better off playing this stand-up Flappy Bird system in very, very short bursts.

In this article: arcade, ArcadeCabinet, arcadegames, baytekgames, flappybird, game, games, gaming, videogames
All products recommended by Engadget are selected by our editorial team, independent of our parent company. Some of our stories include affiliate links. If you buy something through one of these links, we may earn an affiliate commission.