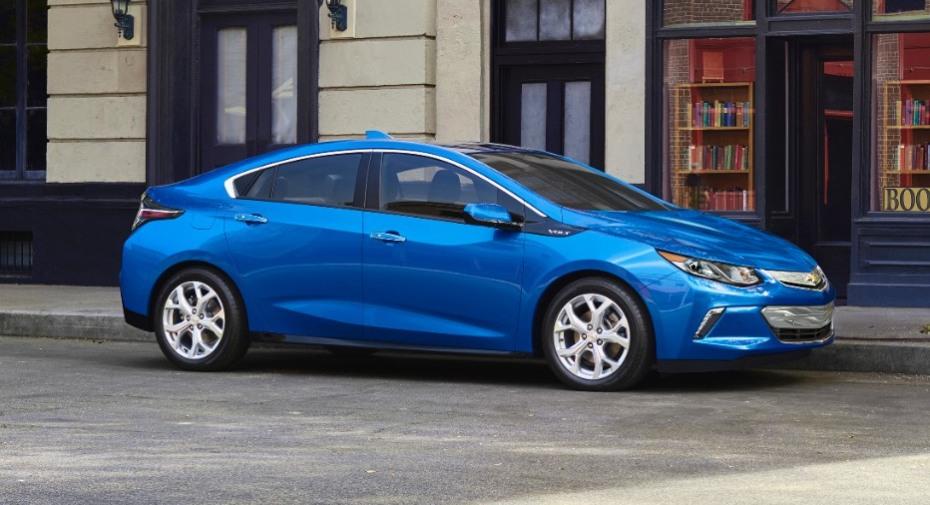 On the eve of the Detroit Auto Show, Chevrolet is finally ready to reveal details about the second generation of its groundbreaking plug-in hybrid vehicle. The 2016 Volt is new in pretty much every way, with a refined exterior and interior design, plus improvements under the hood that offer 50 miles of EV range and a total driving range of more than 400 miles. GM claims that means owners can average 1,000 miles between fill-ups with regular charging. The dual-motor drive unit isn't just more efficient; it's also 100 pounds lighter (the battery dropped 20 pounds too). Despite putting out 149 hp (same as the previous unit), it's also faster, with an 8.4-second 0-60 time that's 7 percent faster, and a 19 percent improvement in its zero to 30 time, now down to 2.6 seconds. As promised, it even adjusts charging patterns if you're at home or away based on GPS. The only question not answered yet is the price, which GM expects to reveal this summer (or any details about that rumored lower-price Bolt). Check after the break for some specs. In this article: 2016Volt, autoshow, chevrolet, ev, hybrid, NAIAS2015, phev, video, volt
All products recommended by Engadget are selected by our editorial team, independent of our parent company. Some of our stories include affiliate links. If you buy something through one of these links, we may earn an affiliate commission.