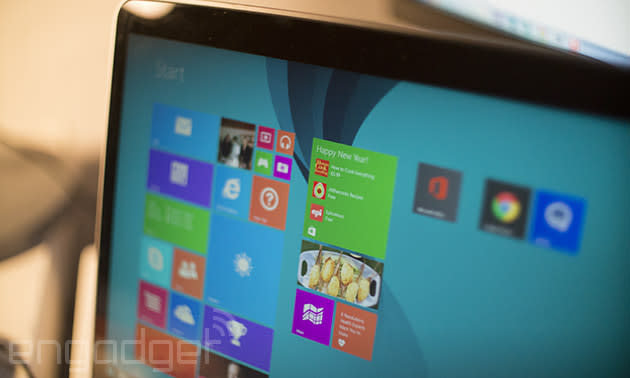 When the world's biggest technology companies start playing rough with each other, it's normally consumers who wind up suffering. This time out, it's Windows users who are feeling the pain after Google publicly posted the details of a Windows 8.1 flaw before Microsoft could fix it. In a public response to the disclosure, Microsoft's security chief Chris Betz says that Google's decision to publish and be damned before his company's scheduled patch was less about "principles" and more about getting one over on its rival.

His words were posted on Microsoft's Security Response Center blog, and Betz added that the idea of companies keeping quiet about flaws until fixes are posted was a good one. As far as he's concerned, telling the world ahead of time only hurts users who could then find themselves the victims of malicious hacking or other problems. Part of this, he explains, is that it takes a company a while to build a patch that works properly, and that publicly pressuring other companies to make a quick fix isn't fair. For its part, Google kept quiet about the issue for 90 days, but would it have made much difference if it'd held off for a little while longer?

In this article: Chris Betz, Flaw, google, Hacking, microsoft
All products recommended by Engadget are selected by our editorial team, independent of our parent company. Some of our stories include affiliate links. If you buy something through one of these links, we may earn an affiliate commission.