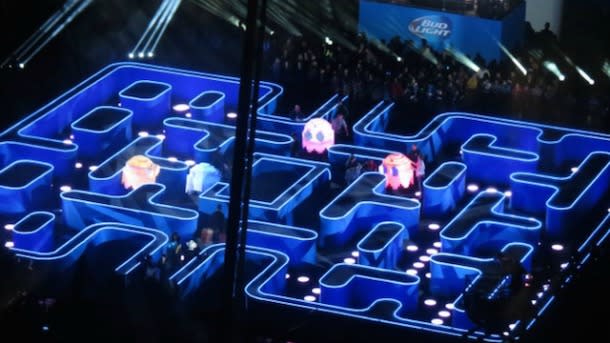 Welcome to Stiq Figures, where the sales data is after the break and the posts don't matter.
Yes, I'm still stuck on the real-life Pac-Man maze that Budweiser built for a Super Bowl commercial. Running through replicas of gaming stages and scenarios was really more of a backburner-tier childhood dream, but now that my imagination's willing to daydream about more than training Pokemon, it's pretty fun to think about the gaming experiences I'd recreate if I had a pile of money to burn.

Out of all the possibilities, I think I'd throw my millions at an on-rails Star Fox theme park cart ride. There would be four Arwings to emulate the Star Fox Team, each following its own rail, and most of the ride would be heavily inspired by Star Fox 64. Each group could compete for the high score while assisting each other with bogeys, gathering powerups and generally making Andross' life miserable. I feel like friendly fire would also be an incorporated danger, but only for whoever uses Slippy's ship.