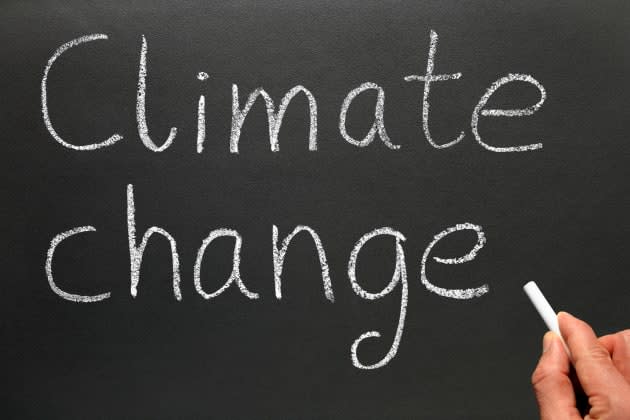 Well, this is more than a little depressing: The politician who tried reducing NASA funding (and successfully shut it down for over two weeks) is now in charge of the senate subcommittee that effectively controls NASA. More than that, one of the most vocal climate-change detractors is now in charge of the United States Senate's Environmental committee. Let's let that sink in for a minute, shall we? Despite all the progress we've made so far with things like unmanned, deep-space space-flight and our efforts toward limiting the negative effects that humans have had on the environment, any future plans are now up in the air. Any major scientific progress is now at the mercy of Republican senators Ted Cruz and James Inhofe. With their actions and words over the recent years, the pair have proved just how little they understand about each area they're now controlling.

In addition to exploring the reaches of space, NASA also has done a number of climate change studies -- something that Cruz also is an opponent of. He once told CNN that climate change was a hoax and a bogus theory that was designed to be immune to detractors. "They'll [scientists] say, well, it's changing so it proves our theory." He maintains that the problem with climate change is there's no data to support it and that "there has never been a day in the history of the world in which the climate is not changing." If you're curious why he was on camera in the first place, it was to espouse his energy bill that, among other things, would repeal "harmful" EPA regulations and promote more oil drilling.

In 2013, however, he said that it's "critical" that the US maintains its continued leadership in space. How he intends to do that isn't exactly clear given his track record.

Inhofe, on the other hand, is even more keen to undo emissions regulations, according to The Independent. Why? He thinks that rising world-wide temperatures might be an asset:

"It's also important to question whether global warming is even a problem for human existence. Thus far, no one has seriously demonstrated any scientific proof that increased global temperatures would lead to the catastrophes predicted by alarmists. In fact, it appears that just the opposite is true: that increases in global temperatures may have a beneficial effect on how we live our lives."

The pair of lawmakers have proven time and again that they have a shocking misunderstanding of the world around them and now they're in positions of direct power over topics they don't grasp. Whether it's due to willful ignorance or a simple refusal to accept fact is anyone's guess. To quote Neil deGrasse Tyson, the good thing about science is that it's true, whether or not you believe in it. Unfortunately, "science" can't write legislation or filibuster, but Ted Cruz and James Inhofe can.

In this article: ClimateChange, government, JamesInhofe, nasa, policy, science, Senate, TeaParty, tedcruz
All products recommended by Engadget are selected by our editorial team, independent of our parent company. Some of our stories include affiliate links. If you buy something through one of these links, we may earn an affiliate commission.