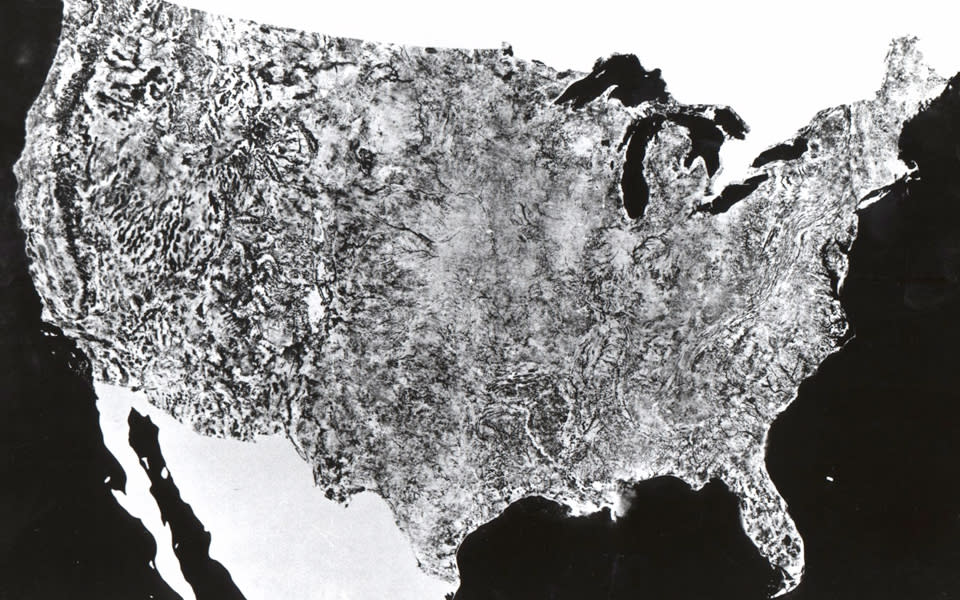 It's not quite a selfie in the traditional sense, but this composite image from 1974 was the first complete shot of the 48 states. It was stitched together from snaps taken by NASA's Earth Resources Technology Satellite, with each picture taken at the same altitude, 560 miles, using only the red portion of the spectrum. In the real world, the shot measures 16 x 10 feet and was originally used by map makers, geologists and environmental researchers to better know their homeland. So, if you're ever hassled about your incessant selfie-taking, just point out that NASA was doing it well before anyone else, and with public money, too.

In this article: Earth Resources Technology Satellite, ERST, NASA, Satellite Photography, Selfie, Space
All products recommended by Engadget are selected by our editorial team, independent of our parent company. Some of our stories include affiliate links. If you buy something through one of these links, we may earn an affiliate commission.