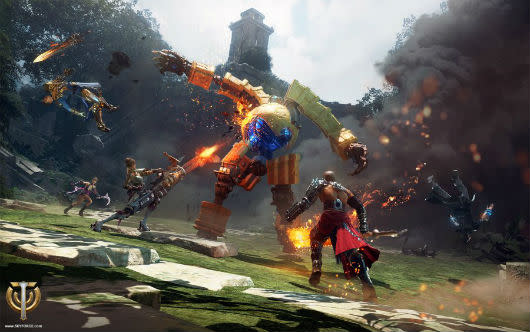 Skyforge has just released a new video dev diary focusing on the title's combat, which the devs say is "90 percent of the game" in modern MMOs. Senior designer Dmitry Borodin walks you through a six-minute clip that traces the journey from traditional MMO combat to the "action-oriented combat of Skyforge today."

Further details on the title's combo system as well as Skyforge's healing mechanics are in the video past the break as well as the textual diary on the game's website.

In this article: allods-team, combat, f2p, free-to-play, my.com, obsidian, obsidian-entertainment, oh-boy-another-combat-lobby, sci-fantasy, sci-fi, skyforge
All products recommended by Engadget are selected by our editorial team, independent of our parent company. Some of our stories include affiliate links. If you buy something through one of these links, we may earn an affiliate commission.