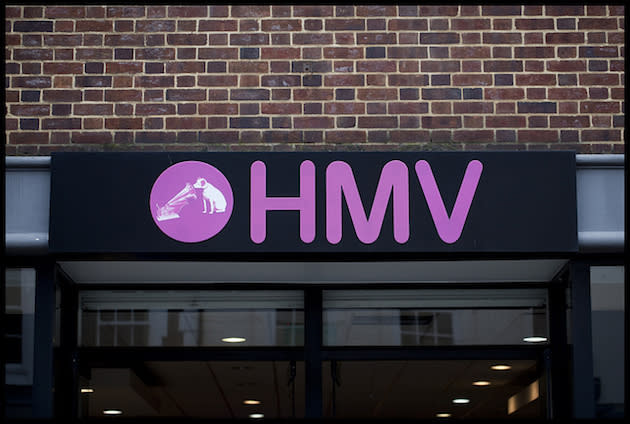 Two years ago, British high-street retailer HMV was staring bankruptcy in the face. It was subsequently picked up by administration specialist Hilco, which immediately set about reversing the company's fortunes. As a result of cost-cutting measures, HMV was forced to sell its iconic Oxford Street store and place a renewed focus on what made it popular: selling music. It certainly seems like it's paid off, because the company has just reclaimed the number one spot as the UK's biggest seller of physical music, overtaking Amazon in the process. CityAM reports that the company's vinyl sales reached their highest level in over 20 years, jumping 170 percent over the past year. And in the two weeks leading up to Christmas, it was responsible for selling one in every three CDs and DVDs in the UK.

It's certainly been a good year for HMV, especially after it announced that all stores are now profitable. The company now faces the challenge of sustaining that growth while competition continues to heat up, something that GAME has admitted is taking its toll on profits as margins tighten. However, HMV is confident -- 2015 looks set to be a bumper year for movie releases and it believes DVD, BluRay and physical music sales will continue to grow over the next 12 months. It might have the hipsters to thank for that.

In this article: amazon, blu-ray, dvd, hdpostcross, high street, hmv, music, uk-feature
All products recommended by Engadget are selected by our editorial team, independent of our parent company. Some of our stories include affiliate links. If you buy something through one of these links, we may earn an affiliate commission.