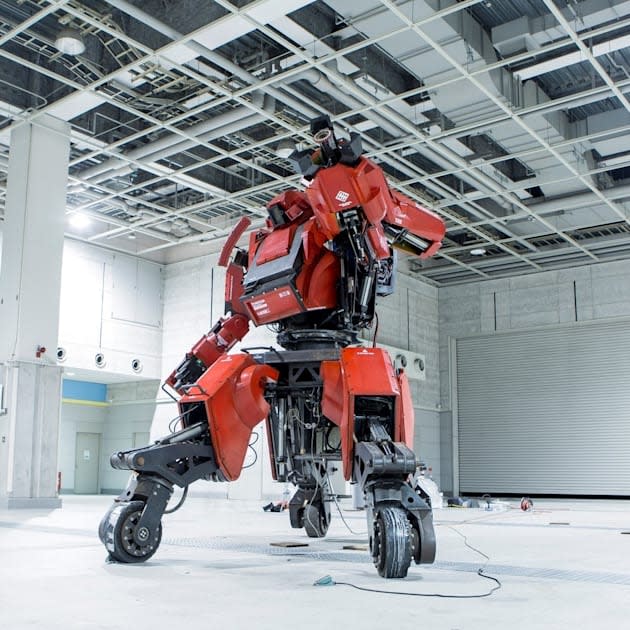 We've been tracking the Kuratas mech suit -- a 13-foot-tall tribute to anime fandom that you can actually ride -- for a few years, but now it looks it's finally ready up for order on Amazon Japan. That is, if you've got $1 million ... and live in the Kyoto region of Japan. Oh, and you better be comfortable assembling large machinery, because it's just a starter kit. And be prepared to pay extra for arms, because you can't leave home without those. When the Kuratas first appeared it just seemed like some geek's dream project, but surprisingly, its creator Suidobashi Heavy Industries has apparently stuck with it. Better move fast though, as there's only one unit on sale (and we're not sure if it really exists). Unfortunately, there's no sign of the smile-activated BB gatling guns we saw a few years ago -- but really, that would be asking for too much.

In this article: giant robots, Kuratas, mech suits, Suidoboshi Heavy Industries
All products recommended by Engadget are selected by our editorial team, independent of our parent company. Some of our stories include affiliate links. If you buy something through one of these links, we may earn an affiliate commission.