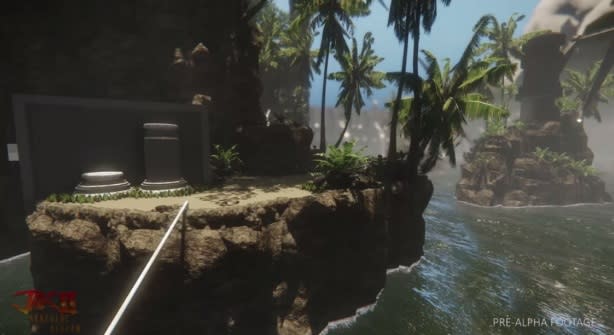 Rockstar's Bully isn't the only PS2 game being remade by fans in a new engine; YouTube user Floordan has posted his work on a project dubbed "Jak 2 Renegade: Reborn," which uses the CryEngine to recreate Naughty Dog's Jak 2. The level you see in the video above is a pumping station, though depending on the view, you'd be forgiven for thinking it was a scenic newlywed retreat. Those sunbeams are already making us feel warm.

Naughty Dog themselves considered developing a new Jak & Daxter game years ago, but ultimately scrapped it and built The Last of Us instead. And we're not complaining about getting to roam the fungal countryside with Joel and Ellie, but did you see what a new Daxter would look like?
[Image: Floordan]
In this article: cryengine, jak-2, jak-2-renegade-reborn, jak-and-daxter, naughty-dog, remake
All products recommended by Engadget are selected by our editorial team, independent of our parent company. Some of our stories include affiliate links. If you buy something through one of these links, we may earn an affiliate commission.