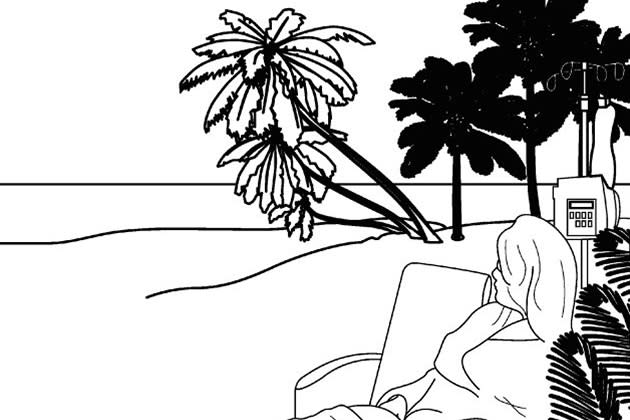 What do you do when a good idea fails? You invest in a better version of it. We've known about Google's huge bet on startup Magic Leap for months, but a recent patent application explains why Mountain View has thrown over $540 million at an unknown entity. We don't know exactly what Magic Leap will offer, but by piecing together various patent applications we can surmise it relates to a wearable display system that will supposedly enable a super-realistic type of VR it calls "cinematic reality".

We've seen a ton of patent filings from Magic Leap, covering both the tech behind its efforts and the outcome. Without going into too much detail (Road To VR breaks the hardware patents down neatly, if you're interested), the company is working on a lightweight wearable display system that combines sensors with a fiber-optic projection display to create the illusion of 3D. It does this by detecting what you're focusing on and layering two-dimensional images at the right depth. You'll then be able to interact with the projections using a "tactile glove" to detect movements. In its latest patent filing, Magic Leap gives a clue as to what those interactions could look like. Business Insider has pulled loads of images from the application, which show various use cases for augmented reality, including in-store advertising, productivity and interactive entertainment. One drawing, for example, shows a "friendly monster" in a store enticing a child to interact with brands.

It seems Magic Leap will offer a cross between Google Glass, Oculus Rift and ARI from 'Heavy Rain'

If you piece the fragments together, it seems Magic Leap will offer a cross between Google Glass, Oculus Rift and Heavy Rain's Added Reality Interface (ARI). In the 2010 video game Heavy Rain FBI agent Norman Jayden can use a pair of VR sunglasses to augment his reality, switching his mundane surroundings for a beach, rainforest, or even the surface of Mars, using a glove to interact with an interface that floats in front of him. The vision laid out in patent filings suggests -- if Magic Leap can follow through on its ideas -- we're close to seeing an even-more-advanced version of ARI become a reality.

In this article: ar, ari, AugmentedReality, david cage, google, heavy rain, magic leap, MagicLeap, patent, uspto, video game, virtual reality, vr
All products recommended by Engadget are selected by our editorial team, independent of our parent company. Some of our stories include affiliate links. If you buy something through one of these links, we may earn an affiliate commission.