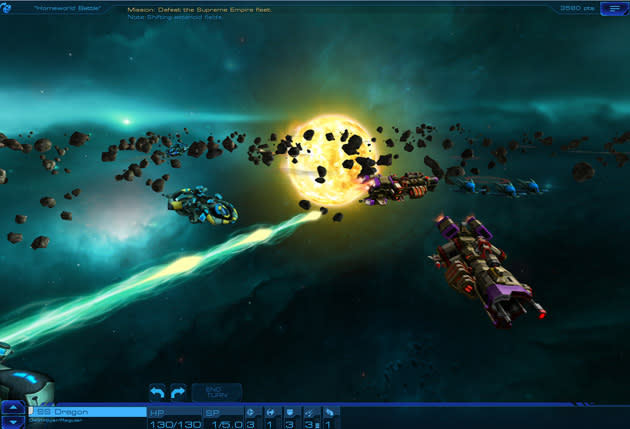 Legendary game maker Sid Meier is clearly fond of exploration on a grand scale -- hot on the heels of the alien world colonization of Civilization: Beyond Earth, he's ready to take on an entire galaxy. He and Firaxis have unveiled Starships, a follow-up title that has you establishing your own galactic empire, forging alliances and (naturally) engaging in tactical starship battles with customizable vessels. The developers aren't revealing much about the exact mechanics, but there will be "cross-connectivity" with Beyond Earth that has one game affecting the other. You won't have to wait long to see how it works for yourself, at any rate, since the game will reach iPads, Macs and Windows PCs in early 2015.

In this article: 2k, 2kgames, firaxis, gaming, ios, ipad, mac, sidmeier, sidmeiersstarships, space, starships, strategy, video, videogames, windows
All products recommended by Engadget are selected by our editorial team, independent of our parent company. Some of our stories include affiliate links. If you buy something through one of these links, we may earn an affiliate commission.