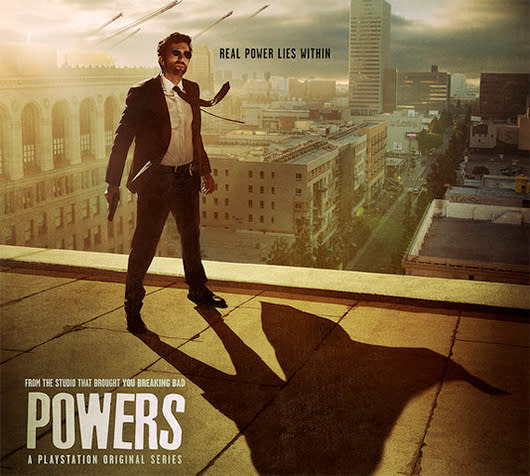 The PlayStation-exclusive original series Powers will debut on March 10, the PlayStation Blog has announced. The series will span ten episodes, with the first episode available for free to all PSN account holders. PlayStation Plus subscribers will have access to the complete season.

The series stars District 9 standout Sharlto Copley as Christian Walker, a former superhero who becomes a detective after he loses his powers, and his partner Deena Pilgrim, played by The Following's Susan Heyward. Eddie Izzard portrays the villainous character Wolfe. Watch a trailer for the series after the break.
[Image: Sony]

In this article: brian-michael-bendis, michael-avon-oeming, playstation, playstation-vita, powers, ps3, ps4, sony, sony-pictures-television, vita
All products recommended by Engadget are selected by our editorial team, independent of our parent company. Some of our stories include affiliate links. If you buy something through one of these links, we may earn an affiliate commission.