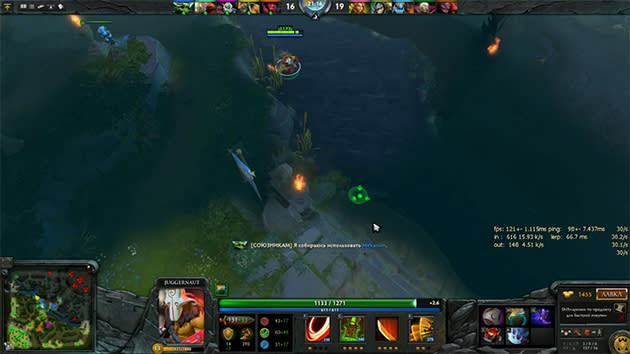 Valve is now letting its millions of Steam users stream their games to the world. Steam Broadcasting, the company's answer to the wildly popular Twitch, was announced back in December and has been included in beta clients since, but today Valve has added the feature to the regular Steam app.

Broadcasting and watching gaming is pretty simple. If you know someone's Steam ID, you only need browse to their profile and click "Watch Game." This'll send a request through to the player's Steam client, and if they accept it'll start streaming immediately. You can change the privacy settings to, say, keep streaming totally public, limit it to friends or make it invite-only. Public streams are discoverable through the Broadcast option under the Community tab.

We gave the new feature a spin and it works as advertised. If you haven't already set up your privacy settings, you'll be prompted to choose from the above options on receiving your first broadcasting request. Elsewhere in the settings you'll options to broadcast microphone audio, choose a resolution from 480p, 720p or 1080p and a bitrate between 750kb/s to 3500kbit/s, depending on the strength of your connection.

It'll take a lot to topple Twitch as the go-to service for streaming games, but for something that's still marked as "in beta," it's all very functional, and the fact it requires no prior thought or effort to get started is a big plus. Perhaps the only snag we ran into is a lack of audio settings, and that Broadcasting is only live in the Windows client. Mac and Linux users can watch others gaming, but can't stream themselves, and pretty much anyone can watch streams in their browser through the Steam Community site so long as they're logged in. Of course, the vast majority of Steam gamers use PCs anyway, and Valve says the broadcasting feature will come to Linux and OS X in the future.

In this article: broadcast, pc gaming, steam, steam broadcast, streaming, twitch, valve
All products recommended by Engadget are selected by our editorial team, independent of our parent company. Some of our stories include affiliate links. If you buy something through one of these links, we may earn an affiliate commission.