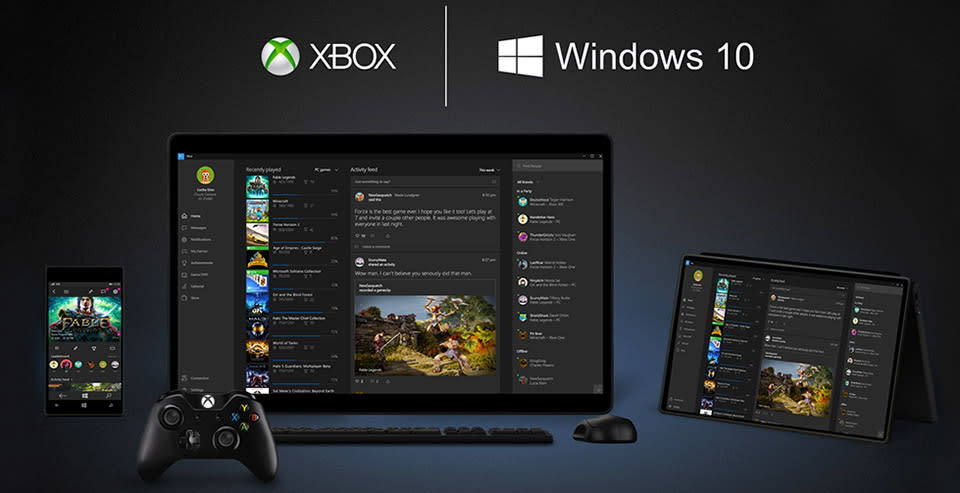 Microsoft's new "Windows as a service" approach means more than just free Windows 10 upgrades; it's also bringing game streaming from the Xbox One to PCs and tablets. Xbox lead Phil Spencer just announced the feature at today's Windows 10 event, which will bring a feature similar to what we've seen on Wii U, PlayStation and Steam, with streaming to other devices in the home. That's in addition to all the other new gaming features coming to Windows 10, of course, and we expect to hear more about the feature at the Game Developers Conference in March before it launches later this year.

In this article: arcadia, cloud, hdpostcross, microsoft, streaming, windows10, windows10event2015, xbox, XboxOne
All products recommended by Engadget are selected by our editorial team, independent of our parent company. Some of our stories include affiliate links. If you buy something through one of these links, we may earn an affiliate commission.