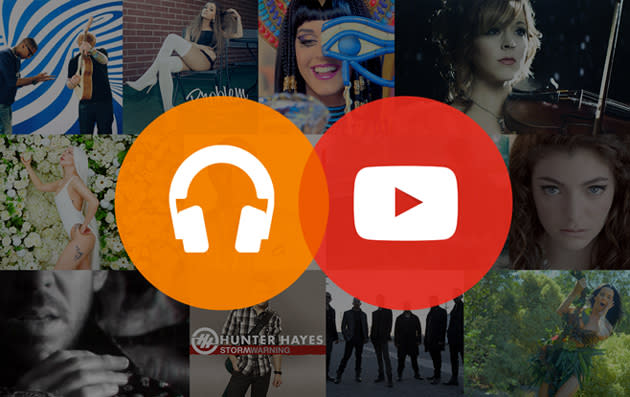 It's been a few months since Google launched its YouTube Music Key service, and now we may be finding out how it plans to keep the digital shelves stocked. Musician Zoë Keating blogged last week complaining that YouTube threatened to block her music -- she plays "the cello and the computer" sampling her own sounds as part of the performance -- from streaming unless she signed a 5-year agreement licensing her work for the new service, among other changes. So what's going on? (Other than the usual explanation.) According to Keating, she uses ContentID to track and, if she chooses to, get paid when someone uses her music in their videos. The new contract Google is offering is all-encompassing when it comes to monetization, so to keep ContentID her music will be included in both the free and premium services, the entire catalog will have ads on it, and new music is required to come to YouTube at the same time it arrives anywhere else.

This new music service agreement covers my Content ID account and it includes mandatory participation in Youtube's new subscription streaming service, called Music Key, along with all that participation entails. Here are some of the terms I have problems with:

1) All of my catalog must be included in both the free and premium music service. Even if I don't deliver all my music, because I'm a music partner, anything that a 3rd party uploads with my info in the description will be automatically included in the music service too.

2) All songs will be set to "monetize", meaning there will be ads on them.

3) I will be required to release new music on Youtube at the same time I release it anywhere else. So no more releasing to my core fans first on Bandcamp and then on iTunes.

4) All my catalog must be uploaded at high resolution, according to Google's standard which is currently 320 kbps.

5) The contract lasts for 5 years.

I can't think of another streaming service that makes such demands. And if I don't sign? My Youtube channel will be blocked and I will no longer be able to monetize (how I hate that word) 3rd party videos through Content ID.

She states the worst part is that the Google rep told her if she did not sign the new contract, her entire channel would be blocked. A representative for the service told us that is not accurate, and that "Any artist who agrees to our basic Terms of Service will always be able to share videos on YouTube." In an update to the original post Keating is adamant that there was no misunderstanding of what "blocked" meant, and provided her own transcript of the call. She maintains that she was told she'd need to start a new YouTube channel under non-music partner terms, and that the rep agreed the measures were harsh.

What will happen next is unclear, but Keating's reason for being an independent artist is "because I didn't want a bunch of men in suits deciding how I should release my music", while Google isn't budging in negotiations. Similar issues with a number of labels including independents delayed the initial rollout of what eventually became Music Key -- hopefully licensing issues don't become a regular problem for what we called "the most complete music offering on planet Earth."

Meanwhile, I wrote a blog that is not about cancer > RT @MediaREDEF: What should I do about Youtube? http://t.co/0nYzbEhdz0

http://zoekeating.tumblr.com/post/109312851929/clarity
In this article: cellist, google, licensing, music, YouTube, YouTubeMusicKey, ZoeKeating
All products recommended by Engadget are selected by our editorial team, independent of our parent company. Some of our stories include affiliate links. If you buy something through one of these links, we may earn an affiliate commission.