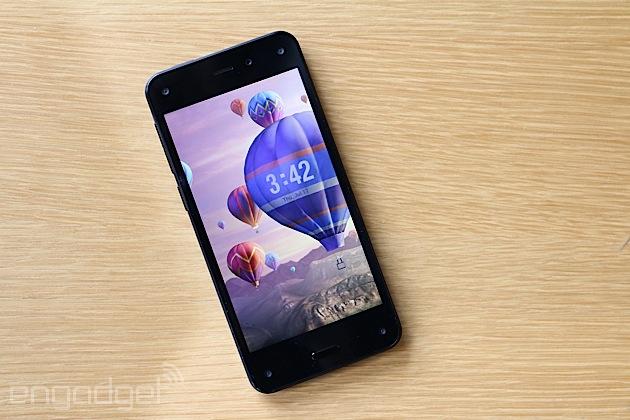 Amazon's Fire Phone has been a huge flop, and it seems like the company is just about ready to throw in the towel. Following multiple fire sales in the US, Amazon has dropped the price of its first smartphone by up to 75 percent in the UK. That puts the 32GB model at £99 off-contract, down from £400, and the 64GB variant at £149, which is £330 cheaper than before. The reductions expire at the end of the day, however, so if you're intrigued by the handset's unique Firefly and Dynamic Perspective features, you'll have to act fast. Of course, such a heavy price cut doesn't solve the Fire Phone's larger problems, such as its underwhelming Fire OS software, and the fact it's still locked to O2, even without a contract. More importantly, this is an early sign that Amazon is waving the white flag in the UK -- it's a sure fire way to move stock while it focuses on perfecting its successor.

In this article: amazon, fire os, fire phone, fire sale, firephone, mobilepostcross, smartphone
All products recommended by Engadget are selected by our editorial team, independent of our parent company. Some of our stories include affiliate links. If you buy something through one of these links, we may earn an affiliate commission.