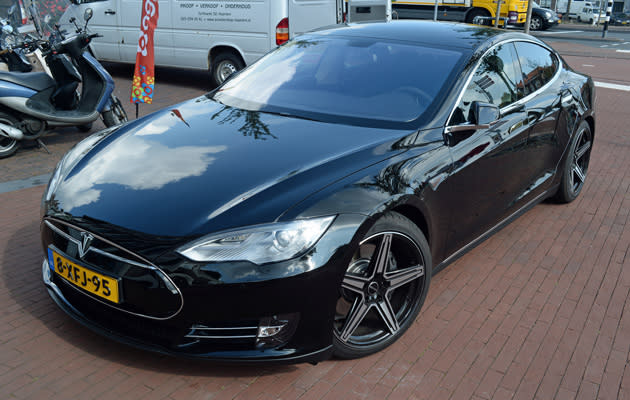 If you didn't think that Tesla's Model S P85D was bonkers enough, you're in for a treat. Elon Musk has revealed that the already speedy electric sedan is getting a software update that will improve its 0-60MPH acceleration time by a tenth of a second, to 3.1 seconds. That may not sound like much, but that makes the Model S as quick off the mark as McLaren's MP4-12C supercar. The 'regular' P85 will also get a boost, Musk says, although it won't be "quite as much." No, this won't be news to aftermarket tuners used to wringing out more performance through code, but it's fun to think that a factory firmware upgrade could be the key to winning a drag race.

In this article: car, electriccar, electricvehicle, ev, models, p85, p85d, tesla, transportation, vehicle
All products recommended by Engadget are selected by our editorial team, independent of our parent company. Some of our stories include affiliate links. If you buy something through one of these links, we may earn an affiliate commission.