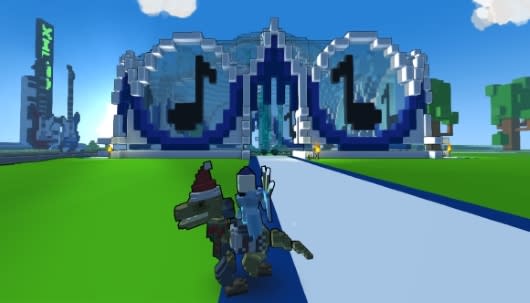 Yesterday was a fairly important update for the blocky world of Trove, as the new patch introduced genuine, bonafide pirates to the game. Players can now hunt down pirate ships to plunder them for goods while looking forward to future sea-themed updates.

Also notable in the patch is that player pets have been promoted to allies. It's not just a name change, either; allies have "extra special powers" that can be used to help players in their journeys. Check out the patch notes for the full details.
In this article: 8-bit, allies, f2p, fantasy, free-to-play, patch, patch-notes, pets, pirates, sandbox, trion, trion-worlds, trove, voxel
All products recommended by Engadget are selected by our editorial team, independent of our parent company. Some of our stories include affiliate links. If you buy something through one of these links, we may earn an affiliate commission.