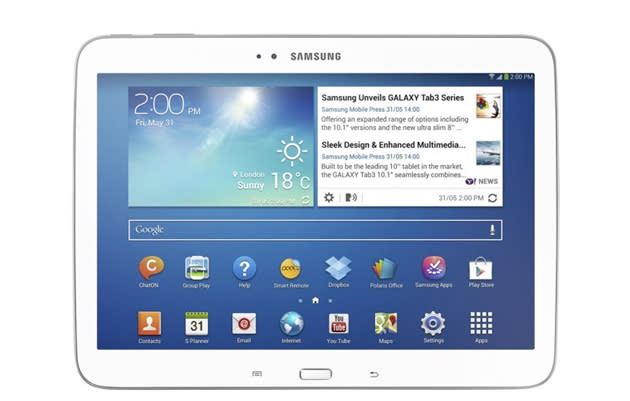 When we placed Samsung's Galaxy Tab 3 10.1 in front of Joseph Volpe, it was all he could do not to roll his eyes. Rather than any headline features, the slate was merely an improvement on the second generation, just with a newer version of Android and, interestingly enough, an Intel chip. When he was done with it, Volpe remained as underwhelmed as when he'd began. In his words, it'll adequately do what you need it to do, but it won't look pretty, or dazzle you with performance. At a price of $399, he suggested you take your cash elsewhere - but we imagine some of you didn't heed his sage counsel. So, if you bought one, what did you think of it? Dive feet-first into our forum and tell us what you would have changed.

In this article: 10.1, Galaxy Tab, Galaxy Tab 3 10.1, How Would You Change, HWYC, samsung
All products recommended by Engadget are selected by our editorial team, independent of our parent company. Some of our stories include affiliate links. If you buy something through one of these links, we may earn an affiliate commission.