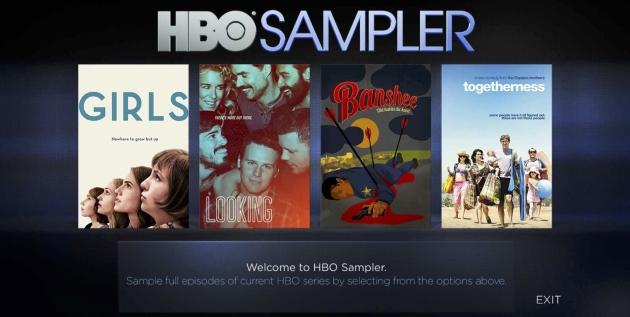 Remember BD-Live? Other than being the reason so many Blu-ray discs take forever to load, it's a way for them to pull in continuously updated content from the internet and HBO's using it to reach people who only watch its shows on disc. The new feature is called "HBO Sampler" and it unlocks full episodes of some of the network's other shows for streaming. Currently that list includes the season one premiere episodes of Girls, Looking, Banshee and Togetherness, while in the future Veep, Silicon Valley, Game of Thrones and True Detective premieres will pop up too. It's only a single episode so it's no HBO Go or even Amazon Prime, but if you already own some of the boxed sets in the last year or so (Game of Thrones S3, True Detective S1, etc.) or will buy any of the ones coming out in 2015 then you can get a peek at what HBO subscribers are watching.

In this article: bd-live, blu-ray, GameofThrones, hbo, hdpostcross, SiliconValley, streaming, video
All products recommended by Engadget are selected by our editorial team, independent of our parent company. Some of our stories include affiliate links. If you buy something through one of these links, we may earn an affiliate commission.