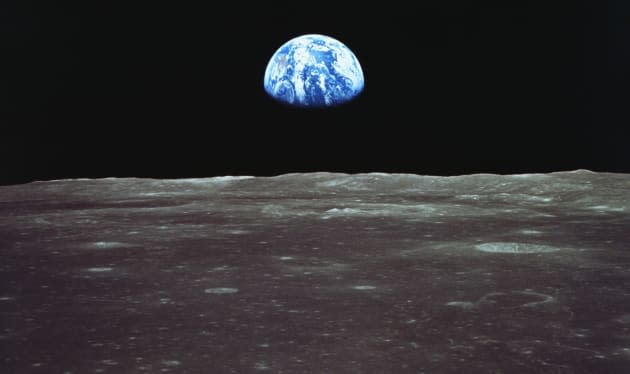 It's very early days, but the US government is apparently looking to encourage commercial development of the moon, offering to assist investment by helping companies to claim territory through existing space launch licensing. According to Reuters, which has spied related documents, the Federal Aviation Administration state that it intends to "leverage the FAA's existing launch licensing authority to encourage private sector investments in space systems by ensuring that commercial activities can be conducted." The letter to Bigelow Aerospace could mean that the company's inflatable living spaces and other structures built or established on the moon could confer exclusive rights to that territory - possibly even extending to mining and exploration.

That said, the letter also mentions that the US State department was already worried that the current framework was "ill-equipped" to follow what the government agreed to in the UN's Outer Space treaty way back in 1967. The treaty requires countries to both authorize and supervise any non-governmental activities occurring in space: it also prohibits nation claims to celestial bodies and demand that anything occurring out there (including on the Moon) should benefit call countries.

"We didn't give [Bigelow Aerospace] a license to land on the moon. We're talking about a payload review that would potentially be part of a future launch license request. But it served a purpose of documenting a serious proposal for a U.S. company to engage in this activity that has high-level policy implications," said the letter's author, George Nield, associate administrator for the FAA's Office of Commercial Transportation.

"It just means that somebody else isn't licensed to land on top of you or land on top of where exploration and prospecting activities are going on." - Robert Bigelow

Issues including lunar property and mineral rights still need to be resolved, internationally. Company founder Robert Bigelow told Reuters that the FAA's decision "doesn't mean that there's ownership of the moon". "It just means that somebody else isn't licensed to land on top of you or land on top of where exploration and prospecting activities are going on."