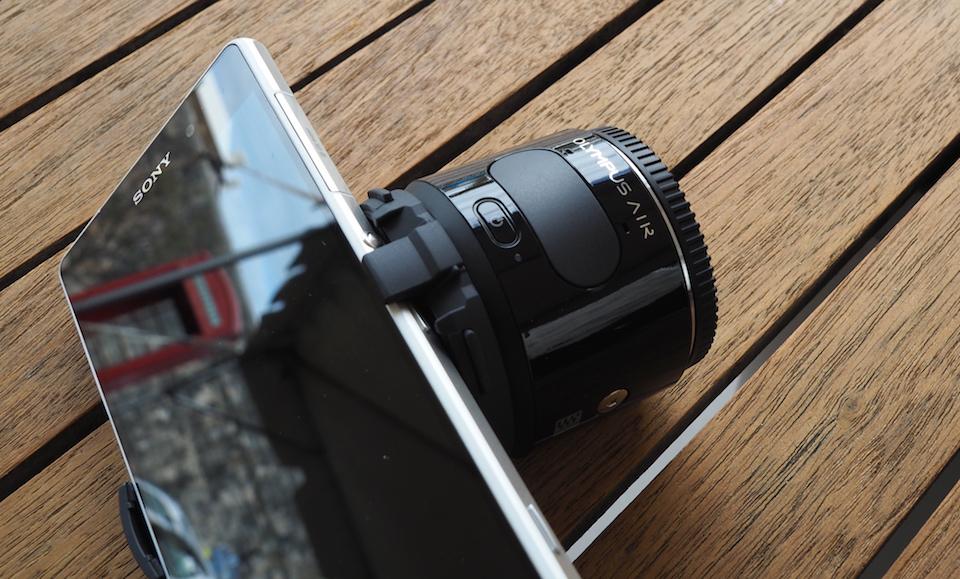 We knew it was coming, but it's finally here. Not to be outdone by Sony, Olympus revealed last year, during Photokina 2014, that it was working on a lens camera of its own. And now we're starting to learn more about it. Meet the Olympus Air, the company's first attempt at this type of remote device. Aside from being able to connect with your iOS or Android smartphone wirelessly, the Olympus Air has a 16-megapixel Live MOS sensor and can take up to 320 shots on a charge. Interestingly enough, Olympus is pegging the Air as an open-platform camera, since the company does plan to allow third-party developers to create applications for it. In addition to that, Olympus says the Air is capable of producing "SLR-quality" images and can hook up with any Micro Four Third lens. Unfortunately, the company is only bringing it to the Japanese market for the time being, but we wouldn't be surprised to see it make its way to the US in the near future. There's no word on pricing at the moment -- however, we do know that it'll be up for grabs in the Land of the Rising Sun next month.

In this article: hands-on, Lens Camera, Lens Cameras, LensCamera, LensCameras, mobilepostcross, Olympus, Olympus Air, OlympusAir
All products recommended by Engadget are selected by our editorial team, independent of our parent company. Some of our stories include affiliate links. If you buy something through one of these links, we may earn an affiliate commission.