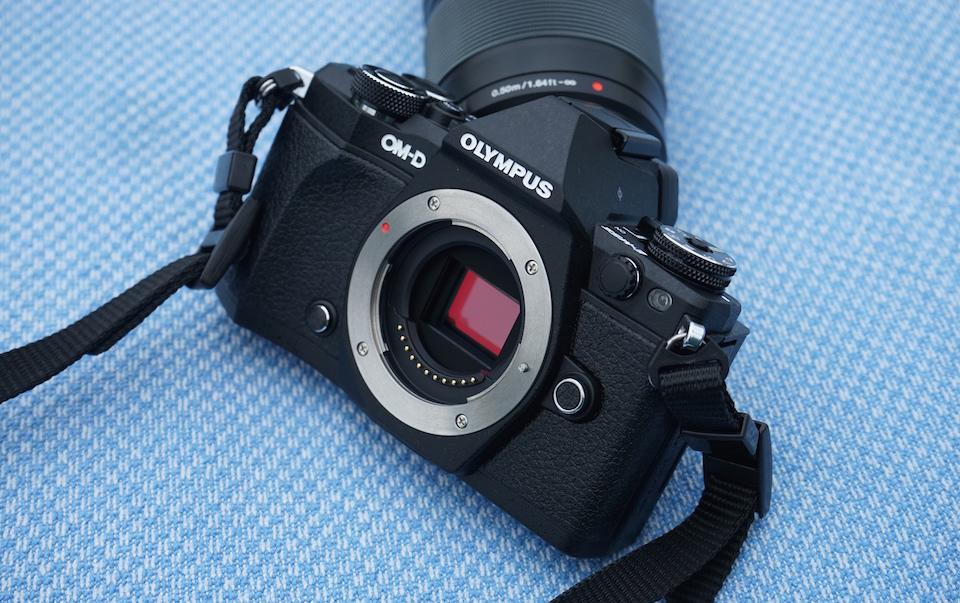 The original OM-D E-M5 has had a great run since being announced roughly two years ago, but it's time for an upgrade. Accordingly, Olympus is taking the wraps off of the E-M5 Mark II, a Micro Four Thirds camera that aims to go head to head with the likes of Sony's recently released A7 II and other similar mirrorless shooters. Olympus says that the second-generation E-M5 isn't here to replace its flagship OM-D camera, the E-M1 -- though it very well could, at least on paper. And even though it is very similar in looks to its predecessor, the E-M5 Mark II brings enough internal changes to make it a worthy successor. For starters, it packs a redesigned 16-megapixel Live MOS sensor, coupled with a TruePic VII image processor, an upgraded 81-point autofocus system, a 40-megapixel high-res shot mode, a 3-inch (articulating) touchscreen and WiFi.

Where the E-M5 shines, however, and how it differentiates itself from the first model, is with the video-focused specs it features. This time around, Olympus has added support for 1080p shooting at 24/25/30/50/60 fps; it can handle up to 77 Mbps bit rate at 30 fps, which is great news for those of you who are into that sort of thing. Naturally, the company betting big on its in-body five-axis image stabilization system to help with video -- this is similar to what's found on the Sony A7 II, with Olympus emphasizing that it was the one to pioneer such technology. What's more, photography-wise, the E-M5 Mark II, which is dustproof and splashproof, has a max ISO of 25,600, a 9 fps sequential-shooting mode (with focus locked) and a battery rating of 470 shots.

Meanwhile, if you already own the top-of-the-line E-M1, you should expect to get a firmware update over the next few days, which Olympus says is due to enhance the camera's overall performance and bump its sequential shooting support from 6.5 to 9 fps.

In this article: Camera, E-M5, E-M5 II, EM-5, EM-5 II, EM-5 Mark II, hands-on, Olympus, Olympus OM-D, Olympus OM-D E-M5 II, OM-D, OM-D EM-5 II
All products recommended by Engadget are selected by our editorial team, independent of our parent company. Some of our stories include affiliate links. If you buy something through one of these links, we may earn an affiliate commission.