Latest in A7 ii 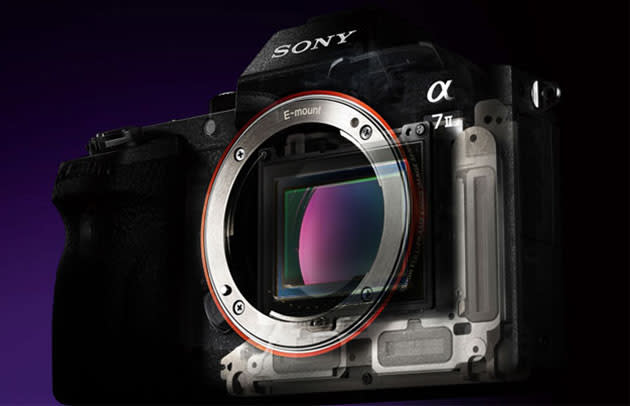 Sony's recently unveiled full-frame, mirrorless shooter, the A7 II, made a number of people quite excited when it was announced last week. Back then, though, the electronics company only revealed pricing and availability for Japan. Good news: Sony announced today that its A7 II will be coming to the US on December 9th, priced body-only for $1,700; there's also a kit that's $2,000, which includes an FE 28-70mm, f/3.5-f/5.6 OSS zoom lens. This price tag is similar to what we saw with the original A7 camera, and that's largely due to the upgrades not being particularly huge. Still, the new A7 II does feature a novel 5-axis, in-body stabilization system, one that Sony claims can adjust itself to many different types of shakes whilst shooting photos and video. Above all, let's not forget the main attraction here is that 24.3-megapixel full-frame sensor -- especially when you think about the compact package it comes in.

In this article: A7 II, A7II, Full-Frame, Mirrorless, Mirrorless Camera, sony, Sony A7, Sony A7 II, SonyA7II
All products recommended by Engadget are selected by our editorial team, independent of our parent company. Some of our stories include affiliate links. If you buy something through one of these links, we may earn an affiliate commission.