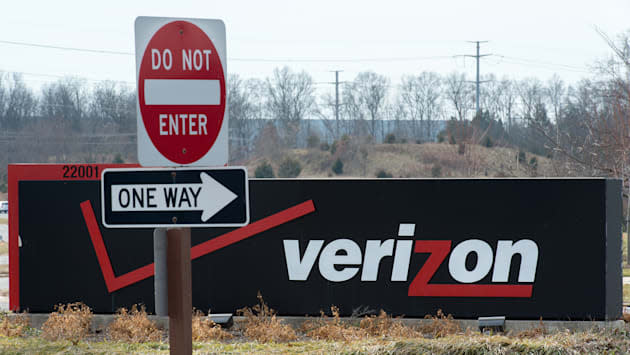 If you're a customer of Verizon's TV, internet or phone services (fiber or otherwise) in California, Florida or Texas then sometime next year you won't be. That's because as part of a $10.54 billion deal, it's selling "wireline" businesses in those states to Frontier so it can focus on a group of Eastern states. It made a similar move dumping services across many states in 2009, and many of the customers we heard from afterward were not happy because while Frontier had different policies on how to run the service. In a separate deal, it's leasing or selling a majority of the cell towers it operates to American Tower Corporation for $5 billion. Why make all these moves? Other than kicking off a $5 billion share repurchasing program, word is this money will go to pay for some $10 billion in wireless spectrum Verizon won at auction last week.

The three states hold about 1.6 million FiOS internet customers who will be transferred when the deal closes,which is expected to be in the first half of next year. After that, FiOS will have a "contiguous footprint in Eastern states" covering Connecticut, Delaware, Maryland, Massachusetts, New Jersey, New York, Pennsylvania, Rhode Island, Virginia and Washington, D.C. As far as the other areas? Customers, wires, and about 11,000 employees will become a part of Frontier, joining the previously purchased areas and services that touch 28 states already.

The tower deal probably shouldn't affect Verizon's wireless coverage though, as it includes provisions for Big Red to sublease capacity for at least ten years, as well as access additional reserve capacity for "future use." So let us know Verizon customers, do you plan on sticking around once the deals close, or will you be looking for a better deal elsewhere?

In this article: auction, fiber, FiOS, frontier, hdpostcross, mobilepostcross, sale, spectrum, tower, verizon, VerizonWireless
All products recommended by Engadget are selected by our editorial team, independent of our parent company. Some of our stories include affiliate links. If you buy something through one of these links, we may earn an affiliate commission.