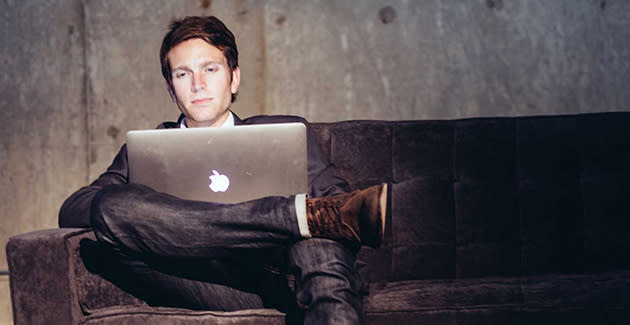 This is Ethan Czahor. Ethan is the new chief technology officer at Right to Rise, a political action committee formed by former Florida governor and presidential hopeful Jeb Bush. He also happens to have a track record of saying some pretty shameful shit on Twitter and no amount of digital spring cleaning will be able to cover his virtual tracks. Czahor, a co-founder of Hipster.com (which was eventually purchased by Engadget parent company AOL) never seemed to realize that what you say online can and will haunt you for the rest of your life. Like those times he referred to women as sluts... repeatedly.

Update: According to CNBC political columnist John Harwood, the Right to Rise PAC has accepted Czahor's resignation due to the "regrettable/insensitive comments." Mr. Czahor confirmed the move in a tweet, saying "I only hope that my recent news won't dissuade future techies from entering politics, regardless of political affiliations/backgrounds..and I've resigned my role at Right to Rise. Best of luck to everyone there, and I apologize in advance to whoever fills my position.

Back when Ethan was a fresh-faced engineer and co-founder of a startup that would eventually sell for millions of dollars, he apparently didn't think that what he said in the public sphere mattered. This led him to post things like:

When I burp in the gym I feel like it's my way of saying, "sorry guys, but I'm not gay"

Until recently, digging up these pretty offensive missives required nothing more than going far enough back through Czahor's Twitter history. Today though, you won't find the tweets in question. They've been deleted as he and his new employer, Bush, try to whitewash his online past. The problem is, nothing online ever really goes away. And, even though you won't find them in his timeline, they've been preserved for posterity in the form of screenshots. (Thanks BuzzFeed News!)

Almost as troublesome as what Czahor actually said, are the obvious implications. Either Bush's team didn't dig enough into Ethan's past to discover these problematic posts. Or, just as likely and more disturbing, the people vetting Czahor for the position found the offensive messages, but were unperturbed by them. They simply figured they'd delete them before anyone noticed. Obviously, it's too late now, he's already let the world know he thinks things like:

I know Lindsey Lohan is supposed to die soon, but I'd sure like to sleep with her before that happens

i deleted some old jokes i made years ago that i no longer find funny or appropriate. #learning #maturing

i only hope that my recent news won't dissuade future techies from entering politics, regardless of political affiliations/backgrounds...

... and i've resigned my role at right to rise. best of luck to everyone there, and i apologize in advance to whoever fills my position.

In this article: Ethan Czahor, Jeb Bush, offensive, politics, Right to Rise, sexism, Twitter
All products recommended by Engadget are selected by our editorial team, independent of our parent company. Some of our stories include affiliate links. If you buy something through one of these links, we may earn an affiliate commission.