Qualcomm will pay $975 million in anti-monopoly fines to China 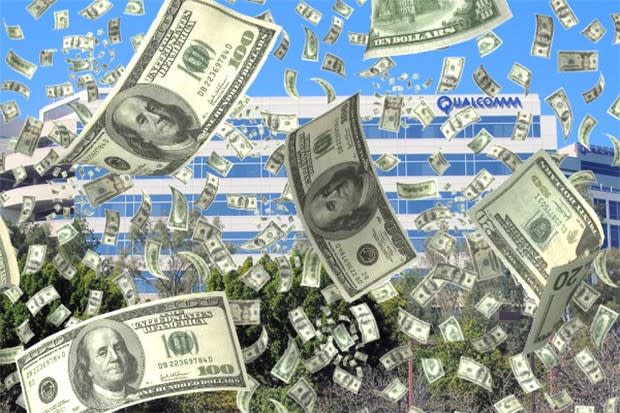 It looks like Qualcomm has more troubles than just possibly losing Samsung as a customer: the firm is paying out nearly $975 million (over 6 billion Chinese yuan) in fines to the Chinese National Development and Reform Commission as a result of the NRDC's anti-monopoly investigation. Furthermore, Qualcomm has agreed to not contest China's legal decisions and has to give current OEM customers the chance to renegotiate their contracts in light of new, mandated price adjustments. Oh, as well as a few more concessions...

The commission has mandated that:

All that to say, Qualcomm can now fully (and legally) operate in China, and the licensing costs of its chips -- like the SnapDragon 810 -- coming down will likely put them in even more devices. The company's also promised to lend a hand to China's network operators and help establish the country's 4G infrastructure. That's not all, either. To further its mea culpa, Qualcomm, with the help of five other "innovative" companies is also creating a China-specific, $150 million fund to advance mobile and processor research and development. Another aspect of the apology is working with Chinese OEMs, presumably like Oppo and OnePlus, to boost them to the level of LG and Samsung. Maybe it won't be too long before we see the Find 7 or OnePlus One in more hands worldwide, then.
In this article: antimonopoly, china, mobilepostcross, monopoly, NRDC, Qualcomm, snapdragon810, wireless
All products recommended by Engadget are selected by our editorial team, independent of our parent company. Some of our stories include affiliate links. If you buy something through one of these links, we may earn an affiliate commission.