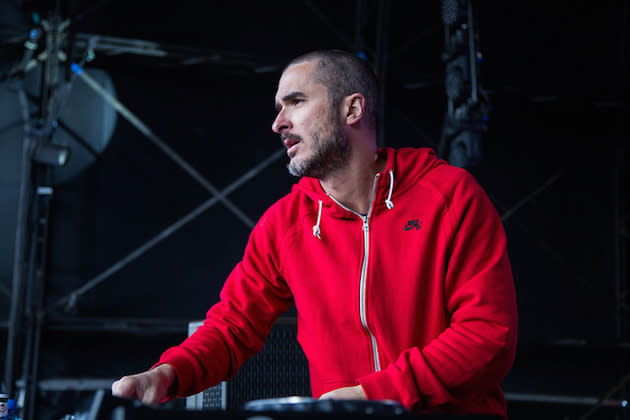 While Apple reportedly has "hundreds" of employees working to build the fabled "Apple Car," the company is also busy integrating its Beats acquisition into iTunes. We may not have to wait too long to see fruits of that union, but before we do, Apple is acquiring talent to ensure the launch gets off to a good start. The UK's biggest radio DJ, Zane Lowe, today confirmed that after 12 years at the BBC's Radio 1 station, he's abandoning Britain for the sunnier skies of Los Angeles.

Zane, who will broadcast his final show on March 5th, is renowned for championing new music and was instrumental in the rise of big UK acts like the Arctic Monkeys, Adele and Ed Sheeran. He's also conducted a number of interviews with some of the biggest names in music, including Jay Z, Kanye West, Eminem, Chris Martin and producer Rick Rubin.

Not much is known about the New Zealander's new position at Apple, other than that he'll help to build the company's iTunes Radio/Beats Music products. However, given his close relationship with artists and knowledge of the global music scene, it's easy to speculate that the radio DJ could help curate playlists for Apple's "new" music service and continue conducting interviews with the artists featured within them.

In this article: apple, bbc, beats music, itunes, itunes radio, radio 1, uk-feature, zane lowe
All products recommended by Engadget are selected by our editorial team, independent of our parent company. Some of our stories include affiliate links. If you buy something through one of these links, we may earn an affiliate commission.