Instant Pot joins the air fryer craze with the Vortex Plus 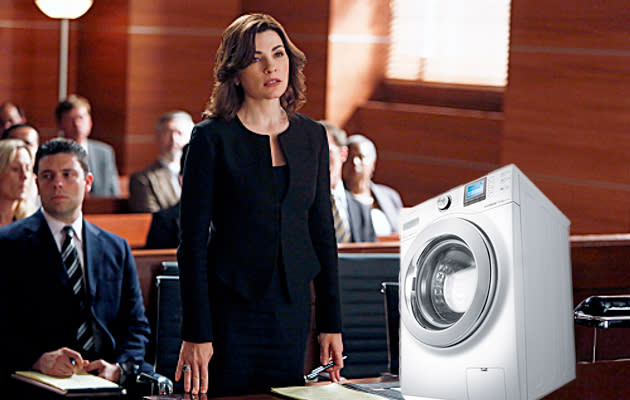 LG's appliances leader isn't going to escape allegations that he wrecked Samsung washers at a German store. South Korean prosecutors have charged both the executive, Jo Seong-Jin, and two other LG employees with purposefully damaging the defenseless laundry machines. Jo's lawyer doubts that there's enough evidence, but something tells us that the court won't let his client off that easy. Samsung certainly won't. Reuters understands that mediation talks between LG and Samsung fell apart, and the two are still at each other's throats after Samsung Display workers were charged with stealing OLED screen technology from LG Display. In many ways, the washer case reflects the sheer amount of pride the two Korean tech giants have -- they'd rather go to trial over seemingly inconsequential costs than eat their humble pie.

Update: LG has released an annotated and edited video of the incident (below) in an effort to gain public support. It shows several LG employees, including Jo, inspecting the machine in plain sight of Samsung security guards. Jo is shown pushing on the door vertically in an inset closeup, but LG said that's a routine test he performs on appliances.

In this article: appliances, Jo Seong-jin, joseong-jin, law, lg, samsung, washer, washing machine, washingmachine
All products recommended by Engadget are selected by our editorial team, independent of our parent company. Some of our stories include affiliate links. If you buy something through one of these links, we may earn an affiliate commission.