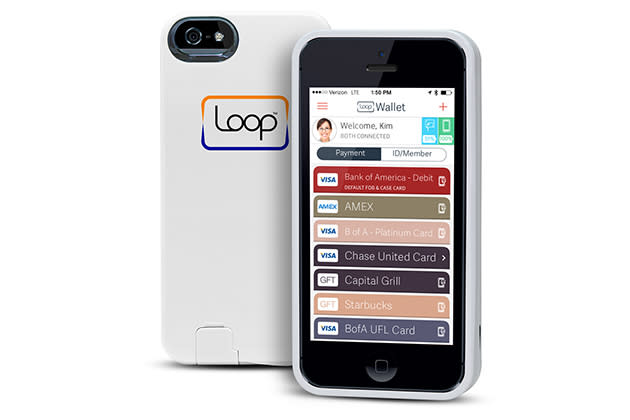 Samsung is moving into mobile payments in a big way by acquiring LoopPay, a company that lets you pay for things with your phone similar to Apple Pay. LoopPay's technology (which, notably, isn't based on NFC like Google Wallet and Apple's option) mimics swiping a traditional credit card when you hold one of its smartphones cases up to a card reader. That gives it the advantage of working in 90 percent of existing payment terminals (or so the company says). We heard back in December that Samsung was eager to license LoopPay's technology, but now it looks like the two companies are jumping straight into marriage. But really, it's no wonder Samsung is eager to catch up with a wireless payment option of its own after Apple Pay's strong launch last fall. Heck, even the the U.S. government wants in on Apple Pay.

While LoopPay's technology is widely accepted, right now you can only use it by purchasing one of its smartphone cases (starting at $16) or its $10 keychain module. The Samsung acquisition will likely remove that barrier, though. LoopPay's tech can actually be built right into phones, so don't be surprised if you see it being touted as one of the integral features of the upcoming Galaxy S6. That also gives it some major advantages over Google Wallet, which has struggled to take off because it's only compatible with certain Android phones and carriers. In fact, we may even see Samsung license LoopPay's technology out to other Android phone makers eventually. (Which makes us wonder why Google didn't snap up LoopPay first.) If Samsung plays its cards right, it may soon have an even more tempting mobile payments option for consumers than Apple Pay.

In this article: LoopPay, mobile payments, mobilepostcross, samsung
All products recommended by Engadget are selected by our editorial team, independent of our parent company. Some of our stories include affiliate links. If you buy something through one of these links, we may earn an affiliate commission.