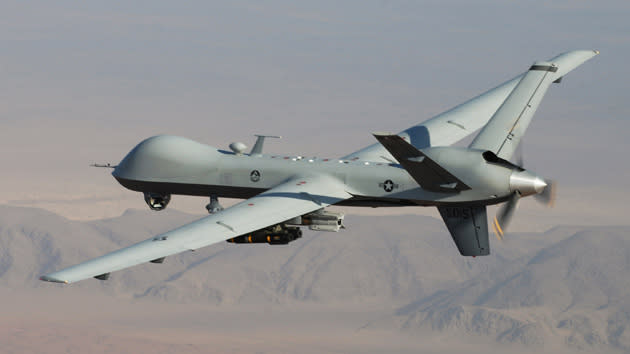 The US has unsurprisingly kept a tight lid on sales of armed drones to prevent the technology from getting into the wrong hands, but it's about to loosen up... to a degree. The Department of State has introduced an export policy that clears the way for selling weaponized drones to allied countries. These partners must agree to use robotic warplanes according to certain principles; the machines are for national defense, not crushing internal political dissent. Nations also have to make a strong argument for why they truly need armed drones, and the US reserves the right to monitor usage, train crews or both.

You're not likely to see a proliferation of combat-capable drones as a result of the policy, but you should see them reach more than just the handful of countries that have them today. Not everyone is in favor of this expansion, of course. Critics already accuse the US of relying too heavily on drone strikes (some of which lead to civilian casualties), and there's a concern that allies buying these aggressor UAVs may do the same. Since politicians won't have to put anyone directly in harm's way, they might be more tempted to bomb targets when negotiations or sanctions would be enough.

In this article: drone, drones, export, exports, military, StateDepartment, uav, usaf, usairforce, wargadget
All products recommended by Engadget are selected by our editorial team, independent of our parent company. Some of our stories include affiliate links. If you buy something through one of these links, we may earn an affiliate commission.