Fisker Karma production has been halted for a month, A123 Systems' bankruptcy to blame 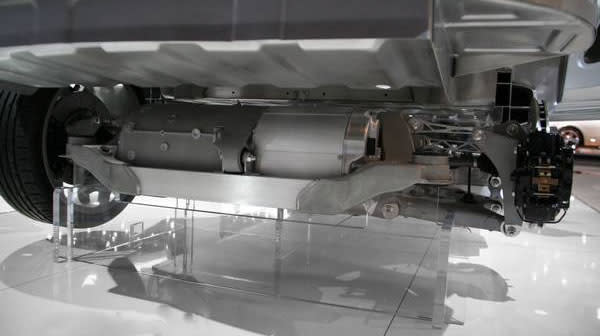 Did you hear that Apple might be working on a car, or at least something that heavily involves cars? It's reportedly already got quite a team working away at the project. But, those employees had to come from somewhere, right? According to a lawsuit from electric car battery maker A123 Systems, Apple has been poaching its best engineers, apparently to work in a battery division of its own. The company alleges poaching started back in June 2014, with Apple drawing away lead engineers from the battery maker's "most critical projects." According to the filing from Massachusetts federal court: "Apple is currently developing a large-scale battery division to compete in the very same field as A123."

Apple's not the only one being attacked in the lawsuit: the company is also pointing the finger at five of its former employes. Previously backed by a US government grant, A123 Systems filed for bankruptcy in 2012. As Reuters delved deeper into where Apple's been recruiting from there's one company that particularly stood out, with more than 60 former Tesla employees across hardware, software and manufacturing having moved across to Cupertino.

In this article: 123Systems, apple, applecar, battery, car, carbattery, ElectricVehicle, ev, evbattery, lawsuit, poaching
All products recommended by Engadget are selected by our editorial team, independent of our parent company. Some of our stories include affiliate links. If you buy something through one of these links, we may earn an affiliate commission.