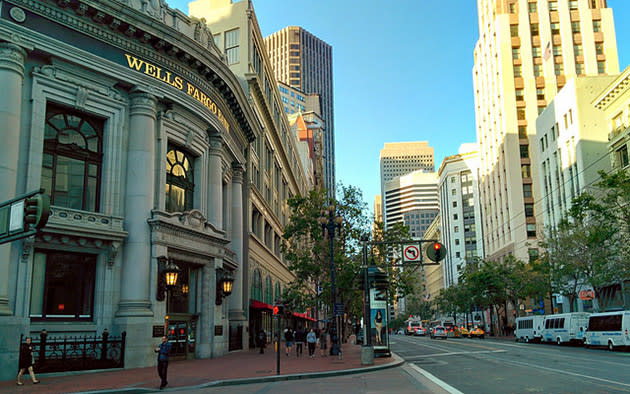 Some carriers use "small cells" to boost their coverage, because these relatively tiny transmitters are 1.) a lot cheaper, and 2.) more inconspicuous than their traditional counterparts. Verizon is one of those carriers -- in fact, it's planning to install 400 small cells in certain high-traffic areas in San Francisco starting this second quarter. These devices (designed by Ericsson) will be integrated into street lamps and will generally blend into the surroundings within SF's Financial District, SOMA, Market Street and North Beach neighborhoods. The cells do have a limitation, though: each one can only cover an area that has a 250 to 500-foot radius. That's why for this particular rollout, Verizon plans to lay down the structure for a dense network made up of numerous small cells covering some parts of the city only.

Verizon's VP of entertainment and tech policy, Eric Reed, told GigaOm that San Francisco is a great place to prove the technology works: "Verizon's customers," he said, "scarf down mobile data there like few other places in the country." The company is expecting its LTE network speeds in those locations to be around three times faster once the installation is done by the end of 2015. According to Recode, Big Red wants all 400 units up and running before the year ends in preparation for Super Bowl 50 in February 2016, which might bring as many as a million visitors to the city. Not on Verizon? If you're on AT&T, don't worry -- by then, Ma Bell could also be done installing over 40,000 small cells across the United States to beef up its own coverage.

In this article: 4g, mobilepostcross, small cells, smallcell, smallcells, verizon
All products recommended by Engadget are selected by our editorial team, independent of our parent company. Some of our stories include affiliate links. If you buy something through one of these links, we may earn an affiliate commission.