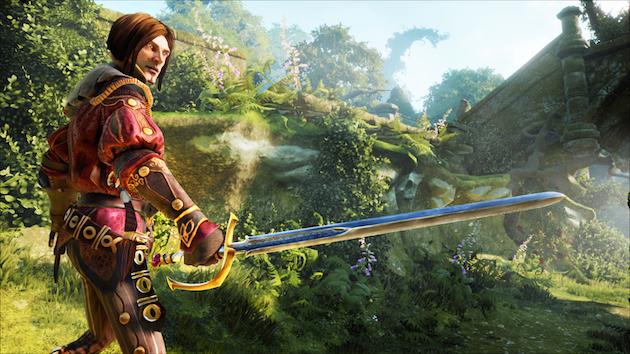 Now you can add "price" alongside "gameplay" to the list of aspects that separates Fable Legends from its forebears. That's because the game's launching as a free-to-play title on Windows 10 and gratis with an Xbox Live Gold subscription on Xbox One. What's it all entail? A lot of similar bits if you've paid attention to how free-to-play stuff typically works (microtransactions for cosmetic items, for example), but with a few unique wrinkles. The official FAQ stresses that you'll be able to play the game from beginning to end without spending any real cash, and that all quests and storylines will be free -- same goes for "everything that affects gameplay." There's a possibility that some customization options won't be purchasable with the in-game currency you earn, and with its rotating system for playable characters, you have the option to permanently unlock a favorite character with cold hard cash, too.

This isn't the first time Microsoft's stepped into the F2P market, but it's possibly the highest profile example of it to date. Happy Wars and Project Spark didn't exactly set the world ablaze (neither did F2P elements that invaded the likes of Forza Horizon and its sequel) so it'll be interesting to see just how well this does. The PlayStation 4 had its own share of F2P games at launch, too, but when the Xbox One will have a title with a DC Universe Online-level of success is anyone's guess. But, now that the latter's developer is free to make games for basically anyone, that could happen sooner rather than later.

In this article: Fable, FableLegends, FreeToPlay, gaming, hd, hdpostcross, LionheadStudios, microsoft, Windows10, xbox, XboxOne
All products recommended by Engadget are selected by our editorial team, independent of our parent company. Some of our stories include affiliate links. If you buy something through one of these links, we may earn an affiliate commission.