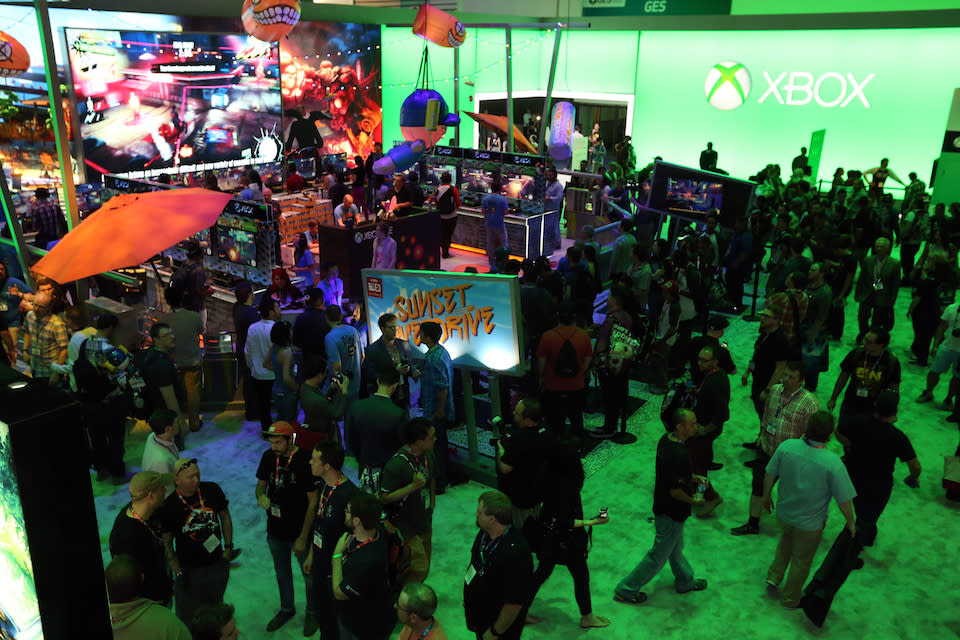 Sure, you could spend the rest of your days playing Titanfall online, but what if you'd like to give your Xbox One something a little different to play? Microsoft's message for this E3 was clear: games, games and more games. We took to the company's booth this week to find out what you'd be playing this fall, and whether you like shooters, driving games or indies, you should be all set for first-party titles. How does Redmond stack up to Sony's plan for the PlayStation? We'll let you be the judge. For a lot of people, the Fable franchise has been heartbreaking from the word "go." The series' promise of ultimate freedom was never truly fulfilled and even the series' creator, Peter Molyneux, has said the last was a "train wreck." If the past three entries left you wanting, Fable: Legends might not change that. Instead of going for the series-typical action-RPG, Legends looks more like a shallow co-op romp than a lengthy single-player game where your actions determine your appearance (doing good deeds caused a halo to form around your head, for example). Three players work to take down waves of enemies and gather loot; even if you play solo, you'll have comrades fighting alongside -- they'll just be AI-controlled. Where it gets unique, however, is when a fourth person plays as the villain. From there, you're taking almost a tower-defense-style look at each match, and directing enemies toward the advancing heroes.

I thought this aspect was fun, but couldn't help but pine for a traditional Fable game where I could kick chickens, have a wife (or husband) in every city and collect a trail of flies. A beta for the title launches this fall, and a full release is planned for next year. Sunset Overdrive is absolute mayhem. Developer Insomniac Games' latest takes everything it's known for (colorful action, ingenious weapon systems and pure irreverence) and poured it into a game where you can fire explosive propane tanks at glowing orange monstrosities whilst grinding around on power lines and defending a vat of the energy drink from the monsters it created. In the multiplayer match I joined, there were countless explosions, particle effects and monsters on screen at the same time, and the game never once stopped being silky smooth as I bounced off of trampolines and onto roofs so I could rain hell from above with a freeze ray -- even with seven other players. Granted, this was a very controlled setup in Microsoft's E3 booth, so anything could happen when it launches this fall. While I'm confident that multiplayer should be a blast, I'm curious as to how the experience translates to a solo campaign. Insomniac knows how to tell a story though (just look at Resistance 3, for example), so I'm not too worried. Not everyone wants to spend more time virtually tuning an absurdly expensive car's engine than they do actually, you know, racing it. Forza Horizon 2 doesn't force that, much like its predecessor didn't. For better or for worse, Horizon 2 doesn't immediately feel all that different from the first Horizon. I drove my bright red Corvette Stingray through the desert, carving out corners on cliffside roads, shunting anyone who came too close, while electronic dance music beats thumped in my headphones. Looking back, however, at least one aspect of my race stood out: I was encouraged to drive off-road. It sounds minor, yes, but seeing the suggested racing line (and my opponents) lead into tall grass changed the pacing of the competition a bit. We were all in low-slung, high-powered automobiles designed for racetracks -- this forced us to slow down, and gave me a chance to overtake those who decelerated too much. And when I crossed the finish line in eighth place? A few fighter jets scrambled overhead, leaving multicolored contrails in their wake. It seemed a bit familiar, yes, but I was okay with it and I can't wait to get behind the wheel this autumn.

ORI AND THE BLIND FOREST Ori and the Blind Forest is one of the bigger pushes for Microsoft's indie-game initiative, and it's gorgeous. During my brief demo, I guided a charming, little white creature around a beautiful setting, hopping from platform to platform and launching fire attacks at pink and pulsing enemies. The PR reps on hand told me that all of the backgrounds are procedurally generated, meaning an algorithm assembles them, so if you go back through the same area three different times, you'll see three different backdrops. Given that this game plays in the style of a classic Metroid or Castlevania where earning new abilities opens hidden areas in previously traveled areas, you'll probably see the same scene more than once when the game launches this fall. You didn't think we'd keep Halo out of this, did you? Halo: The Master Chief Collection (MCC) packs four games onto one disc, some 100 multiplayer maps, a totally remastered Halo 2 and a whole lot more all into one $60 package this fall. Halo 2's overhauled graphics don't measure up to other recent shooters, but pressing the Xbox One controller's "view" button brings the original 2004 graphics back, and you can see just how different the two games look. Better shadows, more detailed textures and, well, a lot more drama, come to light with the new visuals. Developer 343 Industries is remastering the audio, too if you're into that sort of thing. Halo: Combat Evolved Anniversary, Halo 3 and Halo 4 aren't getting revamped, but that's because they already looked pretty great running on the Xbox 360. I was told, however, that some post-processing effects have been added so they look a touch better. What's more, the MCC is how you'll access the Halo 5: Guardians beta this December, and Ridley Scott's Halo: Nightfall live-action series after the collection's November 11th release.

In this article: e32014, gaming, hd, hdpostcross, microsoft, xbox, XboxOne
All products recommended by Engadget are selected by our editorial team, independent of our parent company. Some of our stories include affiliate links. If you buy something through one of these links, we may earn an affiliate commission.