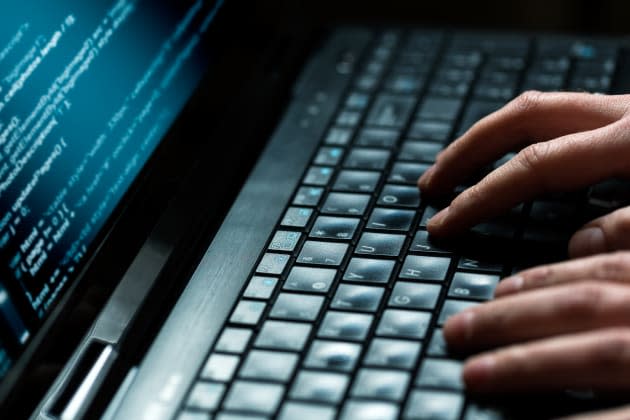 What's the most effective way to discourage cyber crime across Britain? There's no definitive answer, but the latest tactic seems to be co-ordinating and publicising a concentrated blast of arrests. The UK's National Crime Agency (NCA) revealed today that 57 people have been taken into custody for suspected cyber crime offences this week, including distributed denial of service (DDoS) attacks, network breaches and data theft. The arrests were split into 25 separate operations across England, Scotland and Wales, involving local forces and officers from the NCA's National Cyber Crime Unit.

The arrests include a 23-year-old man suspected of hacking the US Department of Defense last year, and a 21-year-old accused of stealing Yahoo user names and passwords with the 'D33Ds Company' hacker group in 2012. The BBC reports that an individual was also arrested in Leeds as a suspected member of Lizard Squad, although the NCA is yet to confirm this information. Combined, it's one of the UK's largest crackdowns to date, suggesting it's becoming harder and harder for hackers to cover their digital tracks.

In this article: cyber crime, ddos, ddos attacks, department of defense, Hack, hackers, national crime agency, Police
All products recommended by Engadget are selected by our editorial team, independent of our parent company. Some of our stories include affiliate links. If you buy something through one of these links, we may earn an affiliate commission.